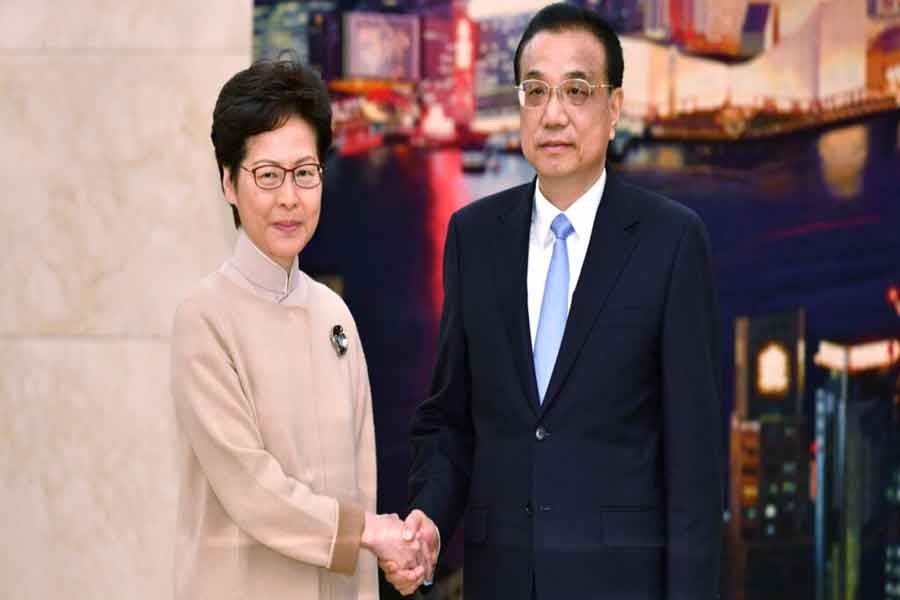 Hong Kong has faced its “grimmest and most complex year” since the former British colony was returned to China, President Xi Jinping said on Monday, before reiterating his support for the semi-autonomous city’s leader.

Xi praised Hong Kong Chief Executive Carrie Lam for holding fast to the principle of “one country, two systems,” and for courage during an “extraordinary period” for Hong Kong, says AP.

Lam met with Xi and Premier Li Keqiang during her first visit to Beijing since pro-democracy candidates swept local Hong Kong elections last month in a rebuke of how her administration has handled months of fiery anti-government protests.

“In the past year, our politics, economy and society have really faced big problems,” Lam said in her meeting with Li.

Hong Kong was returned to China in 1997 under a “one country, two systems” framework which promises the city more democratic rights than are allowed on the mainland. In recent years, however, the arrests of booksellers and activists have stoked fears of a growing encroachment by the ruling Communist Party.