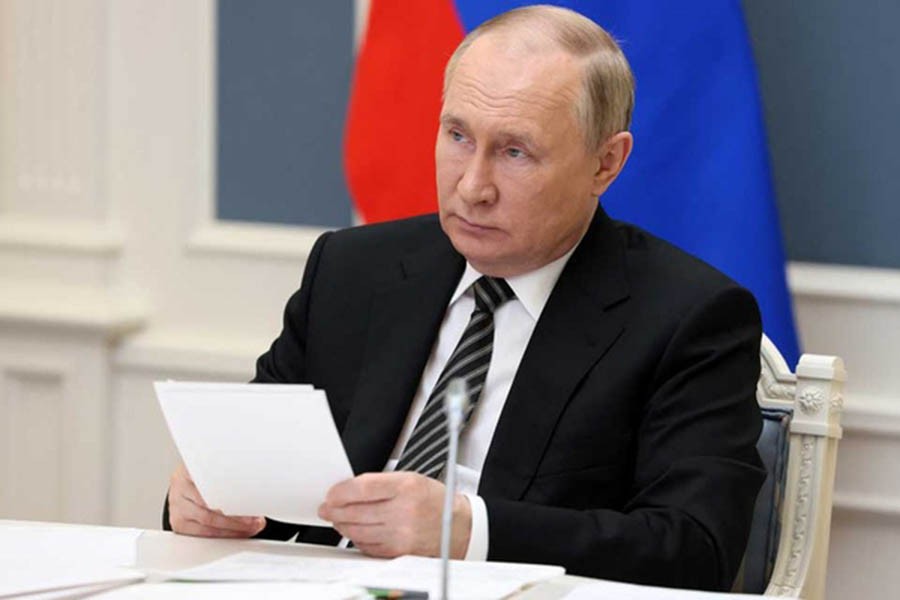 Russian President Vladimir Putin told the leaders of France and Germany in a phone call on Saturday that Russia was willing to discuss ways to make it possible for Ukraine to resume shipments of grain from Black Sea ports, the Kremlin said.

Russia and Ukraine account for nearly a third of global wheat supplies, while Russia is also a key global fertiliser exporter and Ukraine is a major exporter of corn and sunflower oil, reports Reuters.

"For its part, Russia is ready to help find options for the unhindered export of grain, including the export of Ukrainian grain from Black Sea ports," the Kremlin said.

It said he also informed French President Emmanuel Macron and German Chancellor Olaf Scholz that Russia was ready to increase its export of fertilisers and agricultural products if sanctions against it were lifted - a demand he has raised in conversations with the Italian and Austrian leaders in recent days.

Ukraine and Western countries have accused Russia of weaponising the food crisis created by its invasion of Ukraine, which has sent the prices of grains, cooking oils, fuel and fertiliser soaring.

Russia has blamed the situation on Western sanctions against it, and on the mining of Ukrainian ports.

"Special attention was paid to the status of the negotiations that are frozen because of Kyiv. President Vladimir Putin confirmed the Russian side's openness to resume dialogue," it said.