WHO chief urges US to reconsider funding, says 'virus will be with us for a long time' 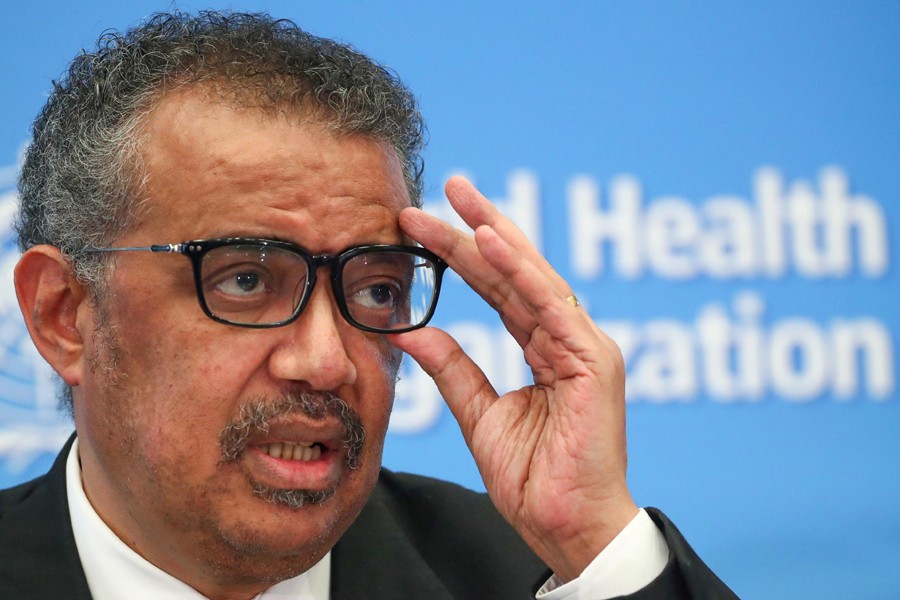 Director General of the World Health Organization (WHO) Tedros Adhanom Ghebreyesus speaks during a news conference on the situation of the coronavirus (COVID-2019), in Geneva, Switzerland on February 28, 2020 — Reuters/Files

The head of the World Health Organization (WHO) said on Wednesday that he hoped the Trump administration would reconsider its suspension of funding, but that his main focus was on ending the pandemic and saving lives.

There were “worrying upward trends” in early epidemics in parts of Africa and central and South America, WHO director-general Tedros Adhanom Ghebreyesus said.

“Most countries are still in the early stages of their epidemics and some that were affected early in the pandemic are starting to see a resurgence in cases,” Tedros told Geneva journalists in a virtual briefing.

“Make no mistake we have a long way to go. This virus will be with us for a long time,” he said, while noting that epidemics in Western Europe appear to be stabilising or declining.

US President Donald Trump last week criticised the WHO’s handling of the pandemic and announced he was suspending funding to the UN agency. US Secretary of State Mike Pompeo on Wednesday said the United States strongly believes that China’s ruling Communist party failed to report the outbreak of the new coronavirus in a timely manner to the WHO.

“I hope the freezing of the funding will be reconsidered and the U.S. will once again support WHO’s work and continue to save lives,” Tedros said. “I hope the U.S. believes that this (is) an important investment, not just to help others but for the U.S. to stay safe also.”

He noted surges in infections in Africa such as a nearly 300 percent increase in cases in Somalia in the past week. “We are at the beginning in Africa,” Ryan said.

The WHO officials urged countries to continue investing in preparedness, saying that only 76 percent had surveillance systems to detect cases.

“There are still many gaps in the world’s defences and no single country has everything in place,” said Tedros.

Amid criticism that it should have acted earlier, Tedros defended the WHO’s decision to declare an international emergency only on January 30 - its highest level of alert.

“Looking back I think we declared the emergency at the right time and when the world had enough time to respond,” said Tedros, adding that on that date there were only 82 COVID-19 cases outside of China and no deaths at the time.

Jeremy Farrar, director of the Wellcome Trust global health charity, said that the world would need to learn to live with the new COVID-19 disease. “This is not a discrete one-off episode. My belief is that this is now an endemic human infection...We’re going to have to find ways to deal with that,” he told an online media briefing.