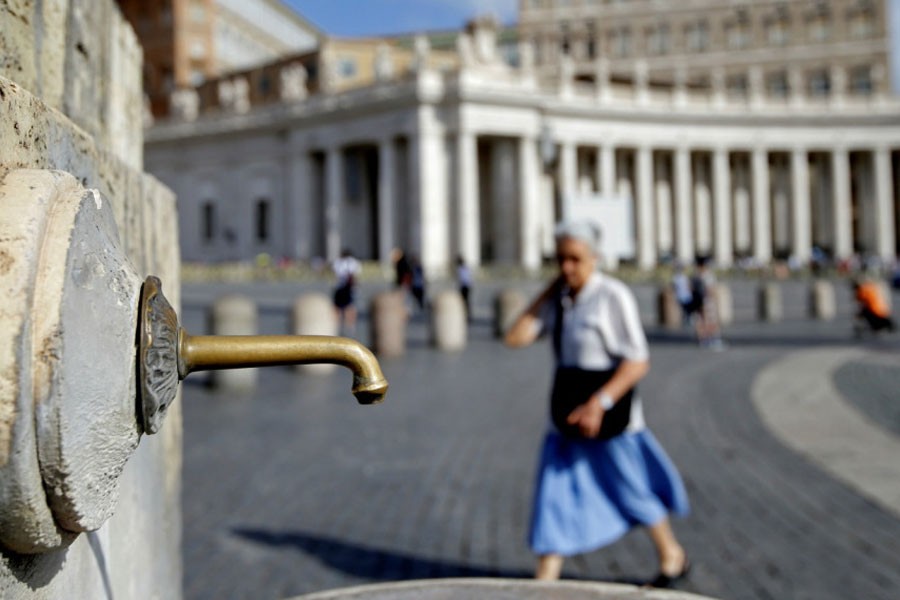 Thousands of homes across the UK have been hit by water supply shortage as a weather thaw has resulted in low pressure issues, and a number of burst water mains and leaks.

The people living in London and the South East have been urged to use as little as possible.

About 12,000 homes in London were left without water overnight as Thames Water dealt with ‘unprecedented demand’.

Bottled water stations were opened across the capital, and the Midlands, Wales and Scotland were also affected, reports the BBC.

At its peak, more than 20,000 homes in London were left without water on Sunday, while some schools in the capital have said they will be closed on Monday because they cannot guarantee running water.

Elsewhere, water company Severn Trent apologised to customers in the Rugby area who had no supply, while Southern Water said customers may be experiencing loss of supply “that could be caused by the cold weather”.

Anglian Water warned of “extended waiting times”, adding: “The weather has also affected our ability to get field teams out to jobs in certain parts of our region.”

Wessex Water, Yorkshire Water and South West Water all said they were dealing with problems.

Meanwhile, Welsh Water said it was expecting “some disruption to our services over the next few days”.

In London, customers said they could not register outages as the helpline is unavailable, while shops reportedly ran out of bottled water in some areas.

He said there had been a “20% jump in the demand for water in the last five days”.

The problems came after a prolonged period of cold weather for much of the UK.

As the snow and ice melted over the weekend, holes were then exposed.

Temperatures in most places increased over the weekend, however, two yellow warnings for ice are still in place in Scotland and for snow and ice in northern England and Northern Ireland.

A weather warning for Scotland has been extended into Tuesday.