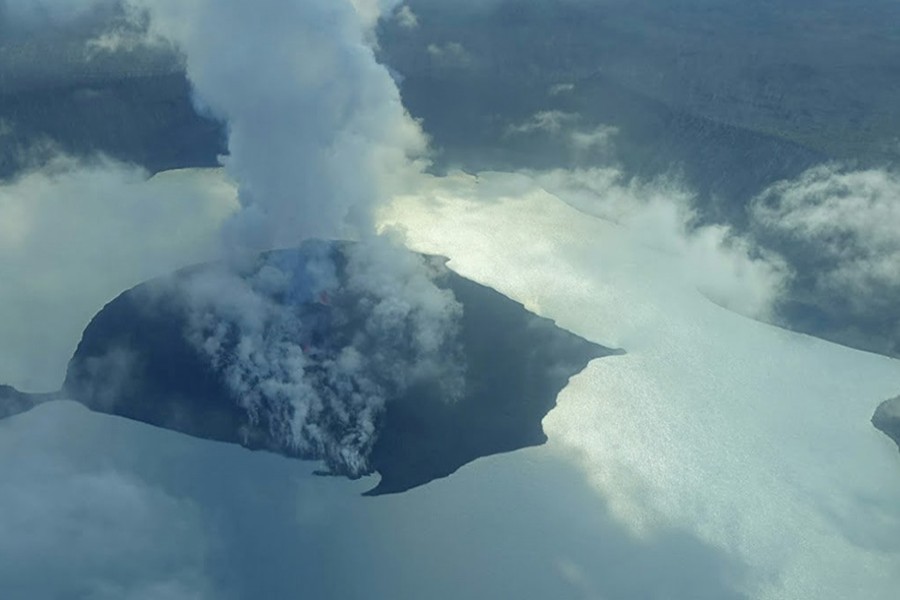 Manaro Voui has been in an "moderate eruption state" since Saturday. - Reuters photo

An erupting volcano in Vanuatu has sparked an unprecedented evacuation of an entire island.

All 11,000 residents of Ambae have been told to leave and will be moved to other islands in the Pacific state, BBC reported on Thursday.

The Manaro Voui volcano, which has been rumbling for days, began spewing ash in a "moderate eruption" over the weekend.

Officials had moved 6,000 residents to shelters elsewhere on Ambae earlier this week, but have now ordered a full-scale evacuation.

All islanders are expected to have been moved off Ambae by next Friday, in what emergency officials said would be a first for the country.

Authorities had raised their alert to the second highest level on Saturday, meaning Manaro Voui was in a "moderate eruption state". They warned of "flying rocks and volcanic gas", acid rain, and ash falls.

The volcano has been seen emitting clouds of smoke with signs of hot lava emerging to the surface in its crater in recent days.

Most people will likely be relocated to the neighbouring island of Pentecost, reported Radio New Zealand.

The volcano - like Bali's Agung, which is showing signs of imminent eruption - sits on the Pacific Ring of Fire.

The geologically active area experiences earthquakes regularly, and has hundreds of active volcanoes.