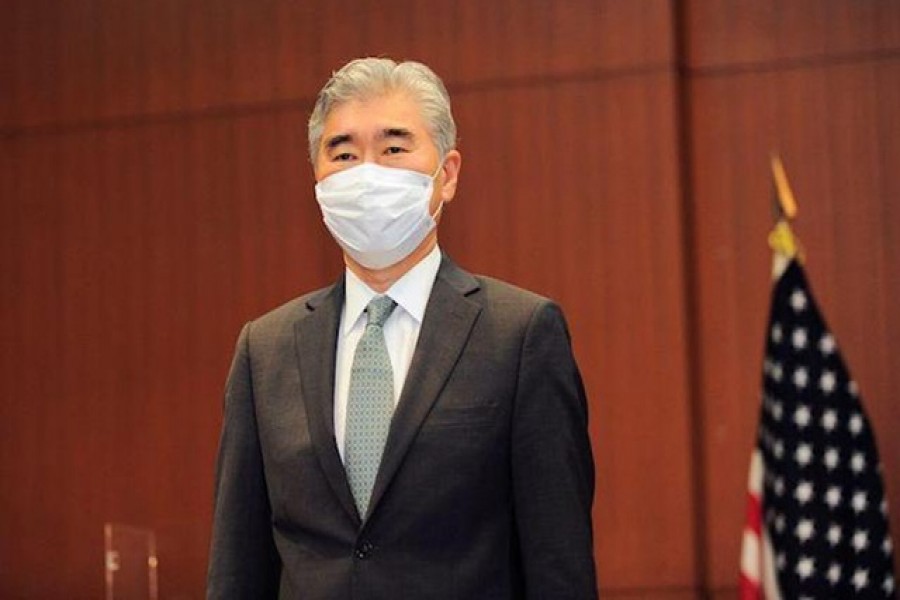 Sung Kim, US Special Envoy for North Korea, poses ahead of a trilateral meeting between Japan, US, and South Korea, to discuss North Korea, in Tokyo, Japan, September 14, 2021 – David Mareuil/Pool via Reuters

The US special representative for North Korea will meet with Japanese and South Korean officials later this week, the US State Department said on Sunday, following a series of ballistic missile tests US officials said Pyongyang launched last month, Reuters reports.

US Ambassador Sung Kim will travel to Honolulu from Feb 10-15 to host a trilateral meeting "to discuss a broad range of issues, including the complete denuclearisation of the Korean Peninsula," the department said in a statement.

The United Nations, in a confidential report seen by Reuters, said North Korea continued to develop its nuclear and ballistic missile programs during the past year in addition to cyberattacks on Cryptocurrency exchanges.

"The US will reiterate its commitment to regional security and lasting peace on the Korean Peninsula," at a Feb 12 Trilateral Ministerial meeting, the department added.