US steps up interventionism with Hong Kong bill 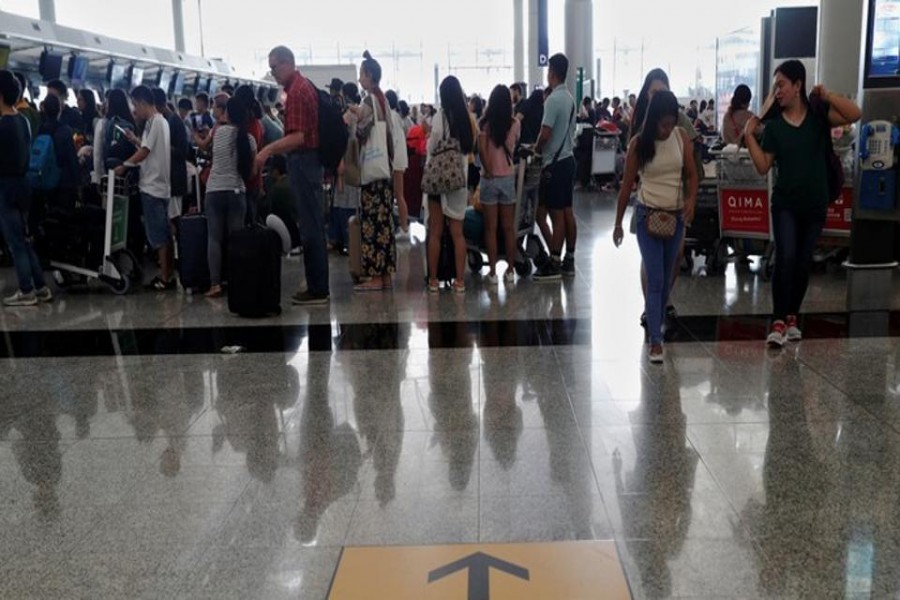 At a time unprecedented violence is ravaging Hong Kong, the US Senate on Tuesday unanimously passed the Hong Kong Human Rights and Democracy Act after the House of Representatives approved the bill earlier. Now it waits for US President Donald Trump's signature. The US is using legal means to meddle in Hong Kong.
The Hong Kong bill is one of the long-arm statutes of the US. The US uses domestic legislation to exercise long-arm jurisdiction over other countries and regions. These acts don't have any basis in international law. Their existence shows the US predilection of trampling the basic norms of international law and international relations.
The unanimous passage of the Hong Kong bill in both chambers indicates that the US has decided on a new cold war with China with hawks dominating the legislation and policymaking. China should take firm steps to safeguard its sovereignty, security and development interests, and fight back legally and diplomatically.
The bill may become a "dumb law" or "semi-dumb law" after implementation, something of a norm for many US intervention acts.
However, Washington will try its best to use some of its provisions to undermine China's national interests.
The act will also cause damage to the interests of the US. With a large number of US personnel and investment in Hong Kong and use of the city as a platform by Washington to transfer capital to the mainland, the US is one of the biggest stakeholders in the "one country, two systems" principle. The bill, if implemented, will inevitably lead to a decline in Hong Kong's international status, and pose a direct threat to the interests of multiple parties in Hong Kong including the US.
Putting other countries' interests in Hong Kong in peril, the US move goes against multilateralism under globalisation. Should Washington, driven by a Cold War mind-set, brazenly do away with Hong Kong's separate customs territory status, its allies will unlikely follow. As a result, the US rather than China, will be marginalised.
The Chinese government will fully protect its national interests and the stakes of various countries in Hong Kong under the framework of "one country, two systems" and the Basic Law, fighting malicious and destructive steps against Hong Kong taken by US hawks.
The Hong Kong bill contains serious legal and political errors. First, it mistakes the Sino-British Joint Declaration as the constitutional foundation of Hong Kong, which is out of ignorance of international law and domestic law and of course misleading. Second, it allows illegal sanctions on Hong Kong law-enforcement officials, jeopardising jurisdiction and democratic order under the Basic Law.
Third, it provides political support and asylum to Hong Kong rioters, which will fuel continuous chaos in the city and disrupt people's lives.
China may take the following countermeasures: sanction leading US senators behind the passage of the bill; restrict their entry into China and investigate their interests in China; enact a "blocking statute;" warn US authorities not to abuse or enforce the bill, otherwise stringent sanctions will be imposed on officials concerned; provide protection to Hong Kong and mainland officials who may be subject to US sanctions as part of the bill; and offer firm support to the Hong Kong Special Administrative Region government to punish rioters who undermine human rights and democratic order in Hong Kong.
The Hong Kong bill, together with moves related to Taiwan and Xinjiang, are indicative of US interventionism. This signals that China and the US have moved from a trade war to a new cold war and the two risk slipping into the "Thucydides' trap."
China doesn't want to engage in a new cold war with the US or decouple from it. This is not in line with China's interests and will have a negative impact on all parties.
However, due to influence of the hawks and rising populism in US politics, Washington has become the biggest threat to globalisation from a rule-maker and protector of the concept. This is the biggest uncertainty in the global governance order of the 21st century.
China must play the role of safeguarding national stakes and multilateral development interests under globalisation, resolutely striking back at acts of US interventionism and promoting a new international economic and political order that is fair and equitable.