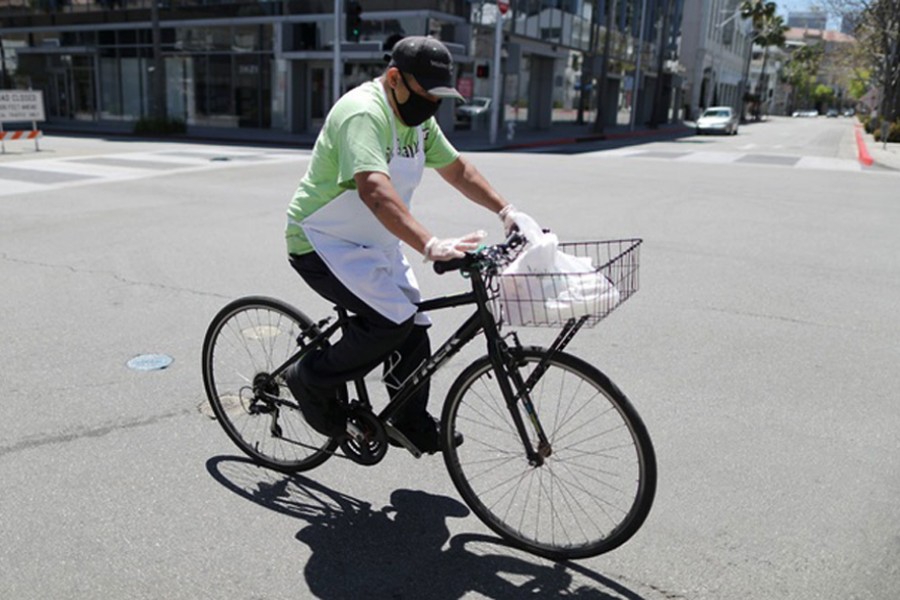 The death toll from the coronavirus in the United States surged past 30,000 on Wednesday as governors began cautiously preparing Americans for a post-virus life that would likely include public face coverings as the “new normal.”

The governors of Connecticut, Maryland, New York and Pennsylvania each issued orders or recommendations of varying severity that residents wear face masks as they emerge from isolation in the coming weeks. The Centers for Disease Control previously recommended masks as a way to slow the virus’ spread.

“If you are going to be in public and you cannot maintain social distancing, then have a mask, and put that mask on,” New York Governor Andrew Cuomo said in announcing an order requiring face coverings when people cannot maintain six feet of distance from others.

Similar orders were imposed in New Jersey and Los Angeles last week, and California Governor Gavin Newsom has suggested residents across the nation’s most populous state would likely be wearing masks in public for some time to come.

“We are going to be getting back to normal; it will be a new normal,” Connecticut Governor Ned Lamont said, echoing a phrase used by at least two of his fellow governors in recent days.

More than 30,800 people have died of COVID-19, the respiratory illness caused by coronavirus, in the United States as of Wednesday afternoon, according to a Reuters tally. Deaths rose by 2,371 in the previous day, setting a record for the second day in a row.

That total includes more than 4,000 deaths newly attributed to the disease in New York City, the center of the pandemic, after health officials revised their counting methods to include “probable,” but untested, cases, reports Reuters.

As the outbreak begins to slow, political leaders have bickered over how and when to begin the process of unwinding unprecedented lockdowns that have badly damaged the economy and largely confined most Americans to their homes.

Los Angeles Mayor Eric Garcetti said on Wednesday large gatherings like concerts and sporting events were not likely to be allowed in the city until 2021.

President Donald Trump said data suggested the country had passed the peak on new infections with coronavirus, and he planned to announce new guidelines for reopening the economy at a news conference on Thursday.

The sweeping closures of businesses have battered the U.S. economy, leaving millions of Americans unemployed and store owners struggling to pay rent.

Fresh government data released on Wednesday showed that retail sales dropped by 8.7% in March, the biggest decline since tracking began in 1992. Consumer spending accounts for more than two-thirds of U.S. economic activity.

In addition, output at U.S. factories declined by the most since 1946 as the pandemic fractured supply chains.

The United States, with the world’s third-largest population, has now suffered the greatest number of reported fatalities from coronavirus ahead of Italy, Spain and China.

The pathogen emerged last year in China and worldwide has killed at least 133,000 people.

A University of Washington model, often cited by the White House, this week predicted the total U.S. deaths in the pandemic could reach about 68,800 by early August. That suggests the United States has not even reached the halfway point in possible fatalities.

Healthcare workers have faced unique health threats while working on the front lines trying to tackle the pandemic. Reuters has identified more than 50 nurses, doctors and medical technicians who have died after being diagnosed with COVID-19 or showing symptoms of it. At least 16 were in New York state.

“The emergency room is like a war zone,” said Raj Aya, whose wife Madhvi Aya - a physician’s assistant in Brooklyn - was one of the healthcare workers who died in New York.