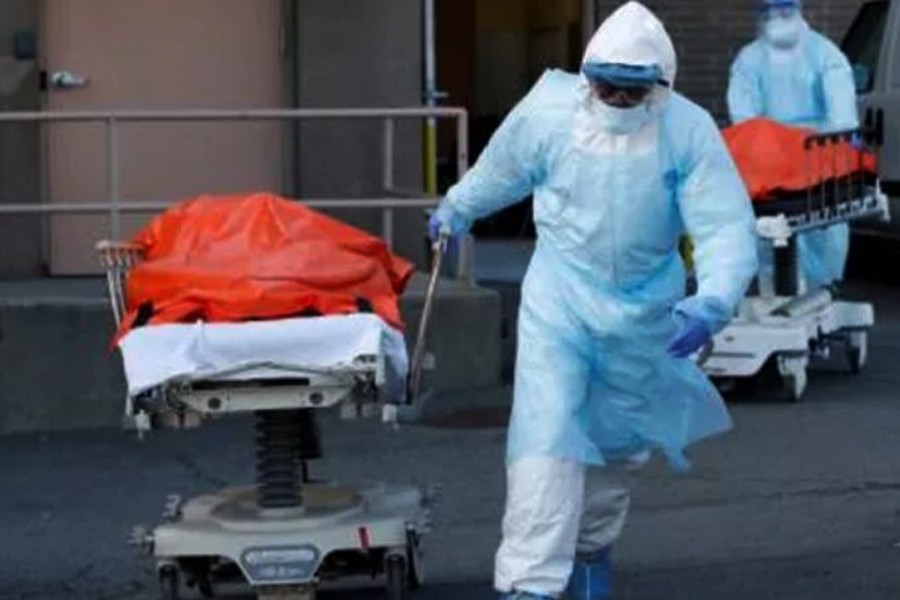 The US death toll from the novel coronavirus (COVID-19) rose to more than 40,000 on Sunday, the highest in the world and almost double the number of deaths in the next highest country Italy, according to a Reuters tally.

It took the United States 38 days after recording its first fatality on Feb. 29 to reach 10,000 deaths on April 6, but only five more days to reach 20,000 dead, according to a Reuters tally.

The United States’ toll increased to 40,000 from 30,000 in four days after including untested but probable COVID-19 deaths reported by New York City.

The United States has by far the world’s largest number of confirmed coronavirus cases, with more than 750,000 infections — a number that has doubled in 13 days.

More than 22 million Americans have filed for unemployment benefits in the past month as closures of businesses and schools and severe travel restrictions have hammered the economy.

Governors in US states hardest hit by the coronavirus sparred with President Donald Trump over his claims they have enough tests and should quickly reopen their economies as more protests are planned over the extension of stay-at-home orders.

The region of Maryland, Virginia and Washington DC is still seeing increasing cases. New Jersey reported on Sunday that its new cases rose by nearly 3,900, the most in more than two weeks. Boston and Chicago are also emerging hot spots with recent surges in cases and deaths.

Several states, including Ohio, Texas and Florida, have said they aim to reopen parts of their economies, perhaps by May 1 or even sooner, but appeared to be staying cautious.