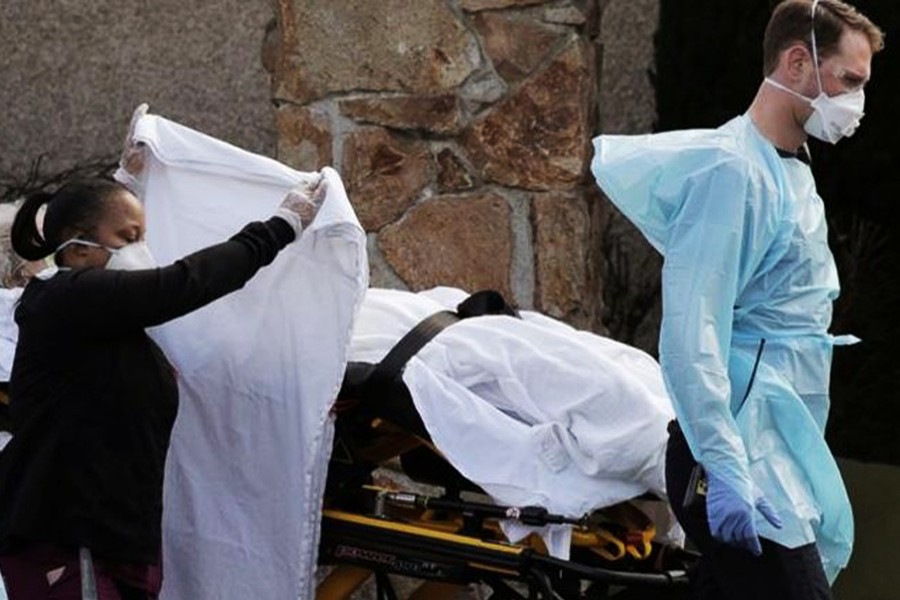 With the US coronavirus death toll topping 51,000 and nearly one in six workers out of a job, Georgia, Oklahoma and several other states took tentative steps at reopening businesses on Friday, despite disapproval from President Donald Trump and medical experts.

Fitness clubs, hair salons, tattoo parlors and some other workplaces were allowed to open their doors by Georgia Governor Brian Kemp, disregarding warnings from public health officials that easing restrictions too soon could lead to more infections and deaths, reports Reuters.

Georgia, one of several states in the Deep South that waited until early April to mandate restrictions imposed weeks before across much of the rest of the country to curb the outbreak, has become a flashpoint in the debate over how and when the nation should return to work.

While the COVID-19 illness is killing thousands of Americans daily, stay-at-home orders and business closures have thrown more than 26 million people out of work, a level of unemployment not seen since the Great Depression of the 1930s.

“We’ve been hurting real bad,” said Lester Crowell, co-owner and manager of the Three-13 hair salon in suburban Atlanta, which reopened after 33 days. “I had to dip into my own bank account to keep the lights on here.”

A dozen customers lined up outside the salon, each standing 6 feet apart. Before they could enter, staff members took their temperatures and asked if anyone had a cough, a recent fever or a housemate who had been sick or quarantined.

Despite the lost revenue, not all eligible merchants in Georgia jumped at the chance to resume business. Shay Cannon, owner of Liberty Tattoo in Atlanta, said he would reopen in May by appointment only and did not foresee a return to normal until June or later.

“We’re just watching the numbers and doing what seems right to us,” Cannon told Reuters.

The US death toll from COVID-19, the highest in the world, surpassed 51,000 on Friday, having doubled in 10 days, according to a Reuters tally, and the number of Americans known to be infected surpassed 900,000.