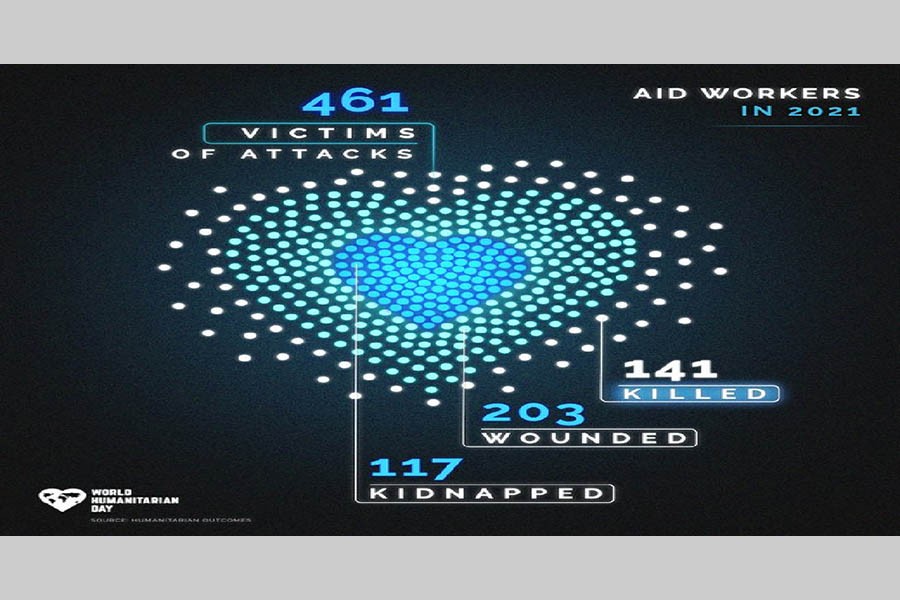 Around $34 billion, the funding shortfall for aid operations is the biggest it has ever been, the United Nations humanitarian agency (OCHA) said recently amid a time when global needs are at an all-time high, with a record 303 million people in crisis.

"The UN appeals aim to reach 204 million of the most vulnerable. Never before have humanitarians been called to respond to this level of need, and they are doing so in ever more dangerous environments," OCHA spokesperson Jens Laerke said Friday.

The cost of UN-coordinated relief projects this year is close to $50 billion, reports UNB.

Although financing pledges have reached their highest level ever - totalling more than $15 billion - needs are outpacing funds.

"This is the largest gap we've ever had; also, it is also the largest amount of donor funding that has ever been committed," Laerke said.

"However, the needs in the world are rising much, much faster than the donor funding is coming in."

According to data from the non-governmental organisation Humanitarian Outcomes, with which the UN partners annually to highlight these statistics, more than 140 aid workers were killed in the line of duty last year - the highest number of fatalities since 2013.

Another 203 aid workers were injured and 117 were kidnapped last year.

The OCHA said: "The most violent countries for aid workers continue to be South Sudan, followed by Afghanistan and Syria."

According to Humanitarian Outcomes, 168 aid workers have been attacked so far this year, leading to 44 fatalities.