UN expects up to 300,000 Rohingya could flee Myanmar violence to Bangladesh 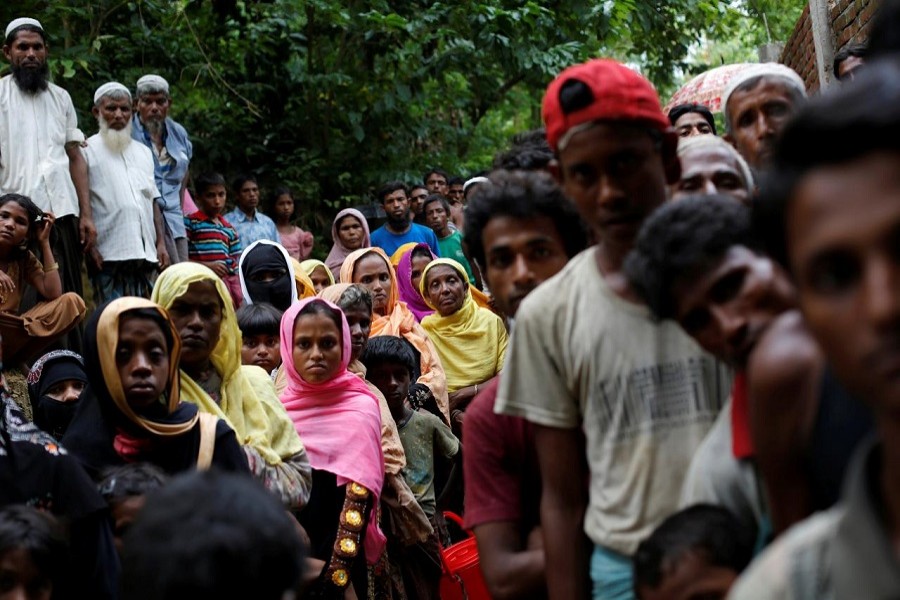 Up to 300,000 Rohingya Muslims could flee violence in northwestern Myanmar to neighbouring Bangladesh, a UN agency official said on Wednesday, warning of a funding shortfall for emergency food supplies for the refugees.

According to estimates issued by United Nations workers in Bangladesh’s border region of Cox’s Bazar, arrivals since the latest bloodshed started 12 days ago have already reached 146,000.

Numbers are difficult to establish with any certainty due to the turmoil as Rohingya escape operations by Myanmar’s military.

However, the UN officials have raised their estimate of the total expected refugees from 120,000 to 300,000, said Dipayan Bhattacharyya, who is Bangladesh spokesman for the World Food Programme.

“They are coming in nutritionally deprived, they have been cut off from a normal flow of food for possibly more than a month,” he told Reuters. “They were definitely visibly hungry, traumatised.”

The surge of refugees, many sick or wounded, has strained the resources of aid agencies and communities which are already helping hundreds of thousands displaced by previous waves of violence in Myanmar. Many have no shelter, and aid agencies are racing to provide clean water, sanitation and food.

Bhattacharyya said the refugees were now arriving by boat as well as crossing the land border at numerous points.

Another UN worker in the area cautioned that the estimates were not “hard science”, given the chaos and lack of access to the area on the Myanmar side where the military is still conducting its ‘clearance operation’. The source added that the 300,000 number was probably toward the worst-case scenario.

The latest violence began when Rohingya insurgents attacked dozens of police posts and an army base. The ensuing clashes and a military counter-offensive killed at least 400 people and triggered the exodus of villagers to Bangladesh.

In a letter to the UN Security Council on Tuesday, Secretary-General Antonio Guterres expressed concern that the violence could spiral into a “humanitarian catastrophe”.

Based on the prediction that 300,000 could arrive, the WFP calculated that it would need $13.3 million in additional funding to provide high-energy biscuits and basic rice rations for four months.

Bhattacharyya called for donors to meet the shortfall urgently. “If they don’t come forward now, we may see that these people would be fighting for food among themselves, the crime rate would go up, violence against women and on children would go up,” he said.