Ukraine gets missiles from Denmark, howitzers from US 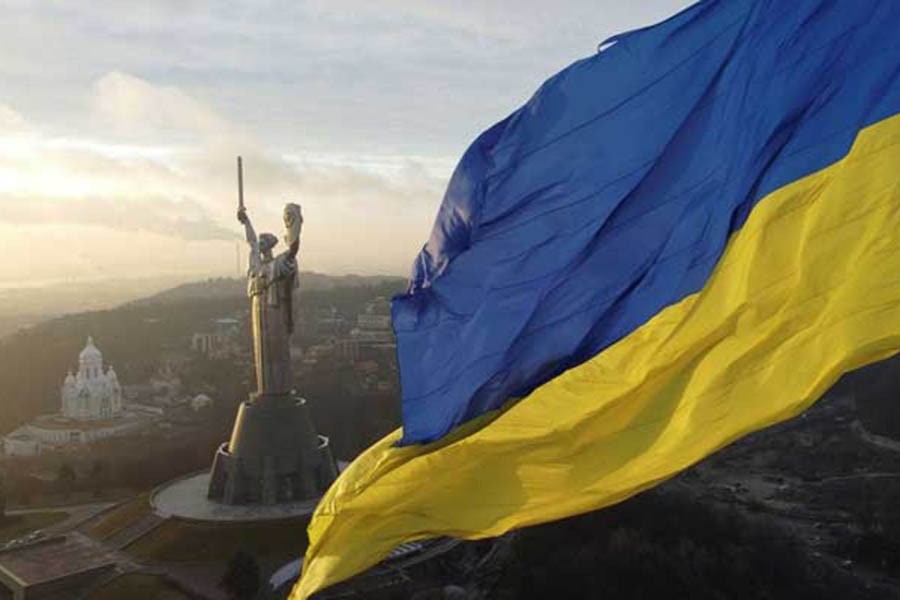 Ukraine's biggest national flag on the country's highest flagpole and the giant 'Motherland' monument are seen at a compound of the World War II museum in Kyiv, Ukraine, Dec 16, 2021. REUTERS/Valentyn Ogirenko

"The coastal defence of our country will not only be strengthened by Harpoon missiles – they will be used by trained Ukrainian teams," Reznikov wrote on his Facebook page.

He said Harpoon shore-to-ship missiles would be operated alongside Ukrainian Neptune missiles to defend the coast, including the southern port of Odesa, reports Reuters.

Serhiy Bratchuk, a spokesman for the Odesa regional military administration in southern Ukraine, said in an online post that "so many Harpoons have been handed over to us that we can sink the entire Russian Black Sea Fleet. Why not?"

Last month the Moskva, the flagship of Russia's Black Sea fleet, sank after what Ukraine said was an anti-ship missile attack. Moscow says a fire sparked an ammunition blast.

After launching its invasion of Ukraine on Feb 24, Russia imposed a naval blockade on Ukrainian ports, hampering vital grain exports. It has also used its Black Sea fleet to launch missile attacks.

Reznikov said Ukraine had also received a range of heavy artillery pieces, including modified US-made M109 self-propelled howitzers that will allow the Ukrainian military to strike targets from longer distances.

President Volodymyr Zelensky said Ukraine, working to boost weapons supplies, was approaching the point where it would outnumber the Russians technologically and in terms of its ability to strike.

"Of course, a lot depends on our partners and their readiness to provide Ukraine with everything necessary to protect freedom. And I expect good news on this next week," he said in a late-night video, without giving details.

Zelensky adviser Oleksiy Arestovych said late on Saturday that "the weapons we so desperately need will most likely be delivered soon."

Key will be a NATO defence ministers meeting in Brussels in mid-June, attended by Reznikov, Arestovych said on social media television. "If the allies in the West do not delay ... then around June 20 the situation on the front will change greatly in our favour."

Russia says its forces are on a "special operation" to demilitarise Ukraine and rid it of radical anti-Russian nationalists. Ukraine and its allies call that a false pretext to for a war of aggression.