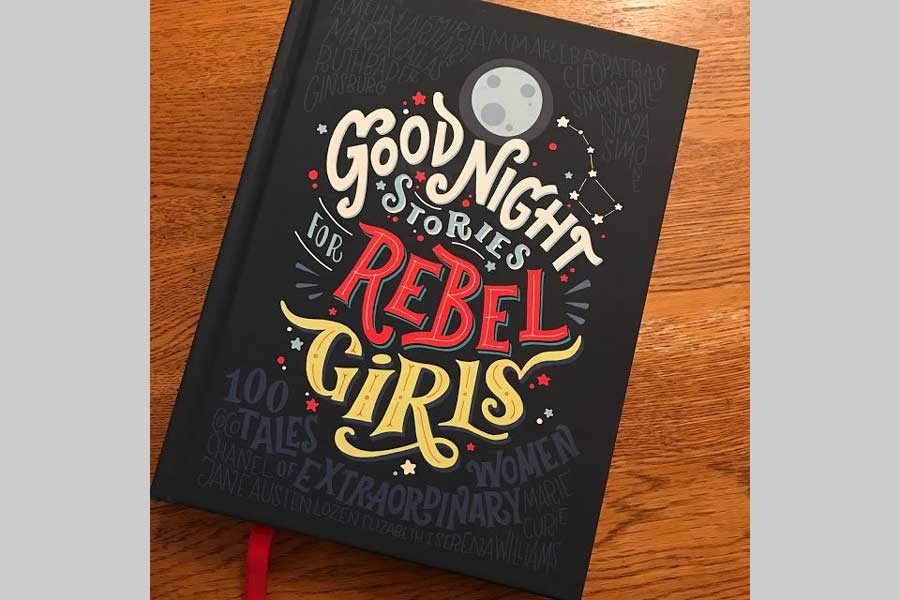 The Myanmar leader should be cut from Good Night Stories for Rebel Girls, critics insist.

It is one of the most popular children’s books of 2017, a collection of stories about female role models from Amelia Earhart and Marie Curie to Hillary Clinton and Serena Williams, inspiring girls to aim high and challenge the status quo.

But Good Night Stories for Rebel Girls, likely to be in many Christmas stockings, has run into controversy because of one of the 100 women included in its pages. When the book was written last year, Aung San Suu Kyi was deemed a worthy subject: winner of the Nobel peace prize and epitome of courage in the face of oppression. But her fall from grace over her response to violence against Myanmar’s Rohingya Muslims, described by the UN as possible genocide, has triggered calls for her to be taken out of future editions. In response, the authors, Elena Favilli and Francesca Cavallo, are considering removing her from reprints.

The book, aimed at children aged six and over, devotes two pages to each of its role models, including commissioned illustrations by female artists. It quotes Aung San Suu Kyi as saying: “Since we live in this world, we have to do our best for this world.” It charts her story from her protests against the junta through 21 years of house arrest to her release and leadership: “She won the Nobel peace prize, and inspired millions of people in her own country and across the world, all without leaving her house.”

On the book’s Facebook page, Lenka Uzakova wrote: “As much as 99 per cent of book is inspiring, I found it absolutely disgusting that you have included someone suspected of genocide in the book. Aung San Suu Kyi has no place between those women. Someone who does nothing and perhaps is directly involved in massacres, rapes, burning of kids alive … I am speechless she is in the book.”

Another parent, Gerri Peev, said: “I bought this book for my three-year-old daughter as an antidote to the tyranny of ‘pink princess publishing’. It is filled with inspiring female role models who don’t rely on a prince to sort their lives out. I was dismayed to see this page effectively canonising Aung San Suu Kyi. I hope the publishers issue another edition, updating her fall from grace over the Rohingya massacre.”

Labour MP and shadow justice minister Yasmin Qureshi, who has raised concerns in parliament about the Rohingya crisis, said: “I often wonder how it can be possible to go from being one of the most admired and respected civil rights champions, a symbol of courage, patience and principle, to someone who shows such lack of compassion, reports The Guardian.

“I have no doubt that history will remember her as the leader who watched on while mass killing, systematic rape and ethnic cleansing of hundreds of thousands who were forced to live in squalid refugee camps. I’d encourage the authors to consider that there is an entire generation of young Rohingya children who are stateless and hopeless, suffering a miserable existence. Aung San Suu Kyi’s refusal to condemn makes her complicit.”

In a statement the authors said: “We’re monitoring the situation closely and we don’t exclude the idea of removing her from future reprints.”

Good Night Stories for Rebel Girls was first published in the US and is described as the “most-funded original book in the history of crowdfunding”. It is published in the UK by Particular Books, part of Penguin Random House. Last week Blackwell’s named it as its book of the year, beating among others Arundhati Roy’s The Ministry of Utmost Happiness.

It is estimated that 650,000 Rohingya Muslims have been forced to flee to neighbouring Bangladesh since the crackdown by Myanmar’s security forces began. Last week the aid charity Médecins Sans Frontières reported that at least 6,700 Rohingya, including hundreds of children, were killed in the first month of the crackdown.

Criticism of Aung San Suu Kyi’s response intensified last week when it emerged that two Reuters journalists have been detained and face 14 years in jail for reporting on the crisis.