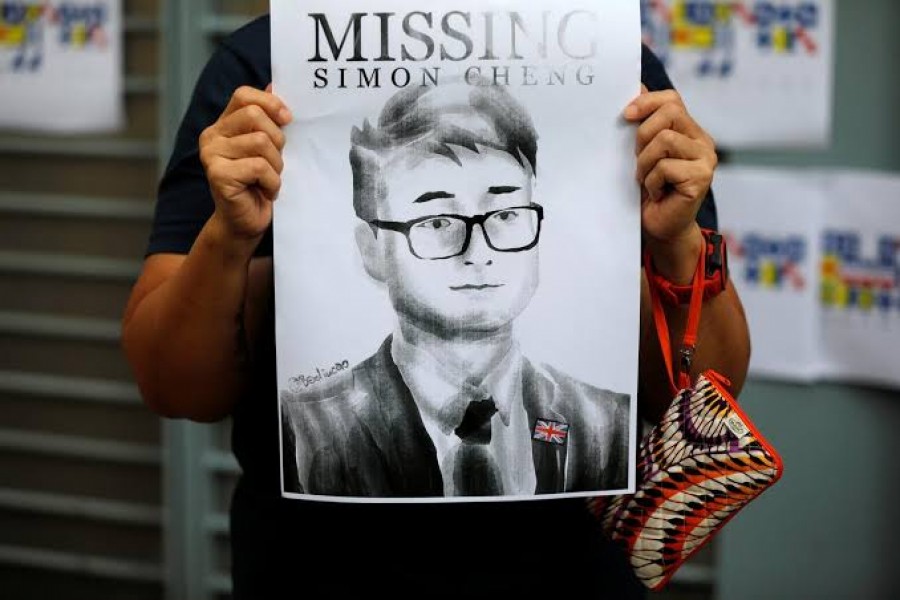 A woman holds a poster of Simon Cheng, a staff member at the consulate who went missing on August 9 after visiting the neighbouring mainland city of Shenzhen, during a protest outside the British Consulate-general office in Hong Kong, China, August 21, 2019. REUTERS/Willy Kurniawan

British Foreign Secretary Dominic Raab on Wednesday condemned China’s treatment of a former employee of Britain’s Hong Kong consulate who told a newspaper Chinese secret police beat him as they sought information about pro-democracy protests in the former British colony.

Simon Cheng, a Hong Kong citizen who worked for the British mission’s business development team when he was detained, told the Wall Street Journal he was questioned repeatedly about the role his interrogators presumed Britain was playing in fomenting anti-government unrest in the city.

Secret police beat him, deprived him of sleep and chained him as they pressed him for information, Reuters reported citing the Journal.

“Simon Cheng was a valued member of our team. We were shocked and appalled by the mistreatment he suffered while in Chinese detention, which amounts to torture,” Raab said, according to the Foreign and Commonwealth Office.

“I summoned the Chinese Ambassador to express our outrage at the brutal and disgraceful treatment of Simon in violation of China’s international obligations. I have made clear we expect the Chinese authorities to investigate and hold those responsible to account.”