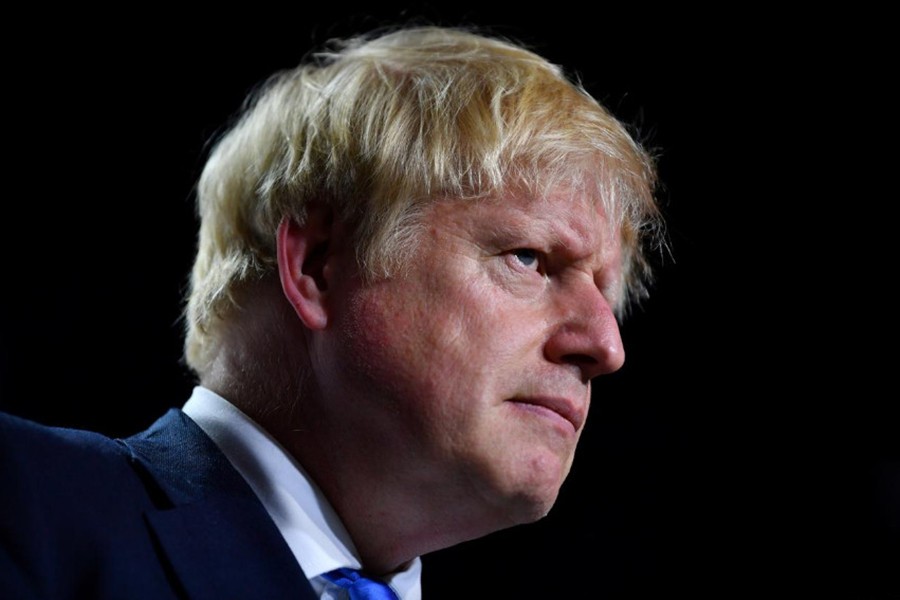 Britain's Prime Minister Boris Johnson is seen during a news conference at the end of the G7 summit in Biarritz, France on August 26, 2019 — Reuters photo

The Queen Elizabeth will be asked by the UK government to suspend Parliament just days after MPs return to work in September - and only a few weeks before the Brexit deadline.

But it means MPs are unlikely to have time to pass any laws that could stop the prime minister taking the UK out of the EU without a deal on 31 October.

A No 10 source said: "It's time a new government and new PM set out a plan for the country after we leave the EU."

The idea of shutting down Parliament - known as prorogation - has caused controversy, with critics saying it would stop MPs being able to play their democratic part in the Brexit process.

Laura Kuenssberg said only a small number of government ministers knew about the plan before its announcement and it would inevitably cause a huge row.

Mr Johnson says he wants to leave the EU on 31 October with a deal, but it is "do or die" and he is willing to leave without one rather than miss the deadline.

That position has prompted a number of opposition MPs to come together to try to block a possible no deal, and on Tuesday they announced that they intended to use parliamentary process to do so.

But if Parliament is suspended on 10 September, as is suggested, it will only give them a few days next week to push for their changes.

Labour deputy leader Tom Watson tweeted that the move was an "utterly scandalous affront to our democracy".

Scotland's First Minister Nicola Sturgeon said MPs must come together to stop the plan next week, or "today will go down in history as a dark one indeed for UK democracy".

But Conservative Party Chairman James Cleverly defended the plan as what "all governments do".