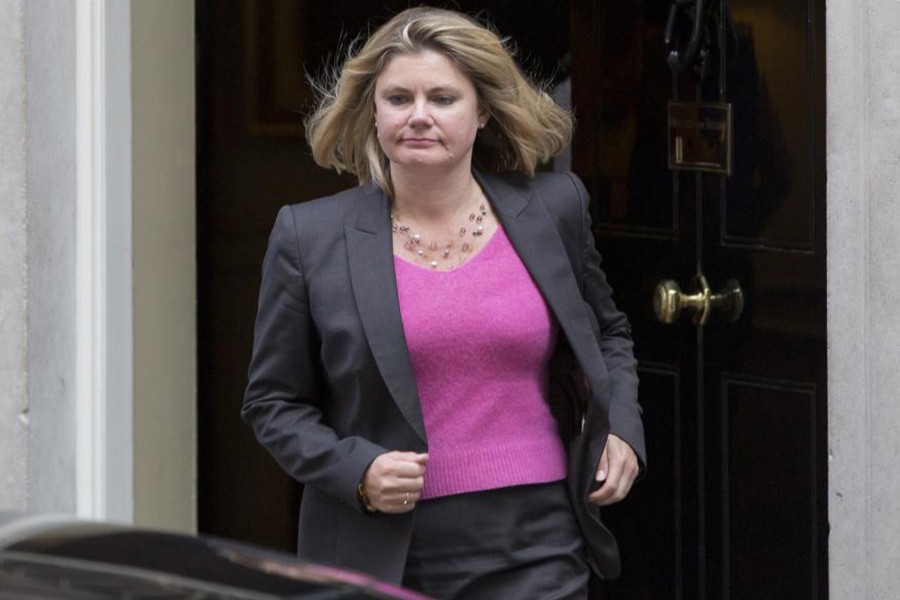 Justine Greening has resigned from the government after refusing a job as work and pensions secretary in Theresa May's cabinet reshuffle.

The PM was reportedly "disappointed" as the ex-education secretary had quit, according to BBC.

She has been replaced by Damian Hinds, while Esther McVey has been promoted to be the new work and pensions secretary.

She replaces James Brokenshire, who resigned for health reasons.

The reshuffle continues with junior ministerial roles on Tuesday.

Ms Greening's resignation comes less than a month after she launched the government's social mobility strategy.

In her resignation statement she said: "Social mobility matters to me and our country more than a ministerial career."

"I'll continue to work outside of government to do everything I can to create a country for the first time that has equality of opportunity for young people wherever they are growing up."

Justice Secretary David Lidington has been moved to the Cabinet Office.

Mr Lidington, who will deputise for Mrs May at PMQs, is succeeded by David Gauke - who is switching from work and pensions, where his responsibilities included the roll-out of universal credit.

Mr Lewis, the Great Yarmouth MP, has been a minister since 2012 and is a qualified barrister and former local councillor.

In his role as chairman he will be tasked with broadening the Conservatives' appeal after they lost their Commons majority in June's general election.

He will be assisted by Mr Cleverly, the pro-Brexit backbench MP for Braintree, and a new line-up of vice chairs with responsibility for different areas has also been announced.

The replacement for Mr Brokenshire, who is awaiting surgery for a lung condition, will be at the heart of attempts to end the political deadlock at Stormont.

Jeremy Hunt, who had been touted for a possible move, remains in his job, which has been renamed secretary of state for health and social care.

Also not moving is Communities Secretary Sajid Javid, but the word "housing" has been added to the title of his department.