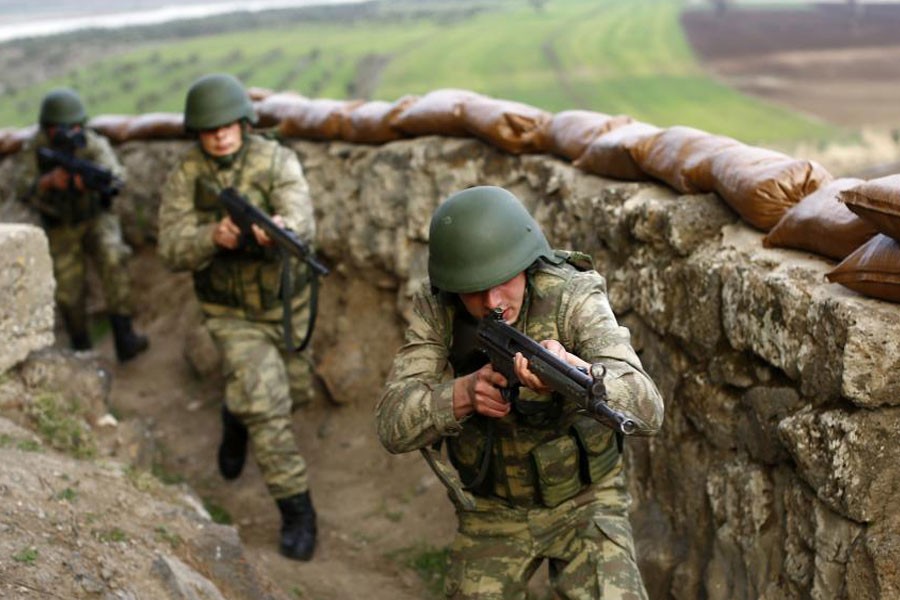 Turkish soldiers participate in an exercise on the border line between Turkey and Syria near the southeastern city of Kilis, Turkey, March 2, 2017. (Reuters photo used for representational purpose)

Two Turkish soldiers have been killed in Turkey’s southeastern province of Hakkari in an attack by Kurdish Workers Party (PKK) militants, the military said on Monday.

Another soldier was wounded in the attack which took place as the troops were carrying out security operations, reports Reuters citing the military.

The PKK, considered a terrorist organisation by the United States, Turkey and the European Union, has waged an insurgency against the state since the 1980s.

Violence in the largely Kurdish southeast has escalated since the collapse of a ceasefire in 2015.