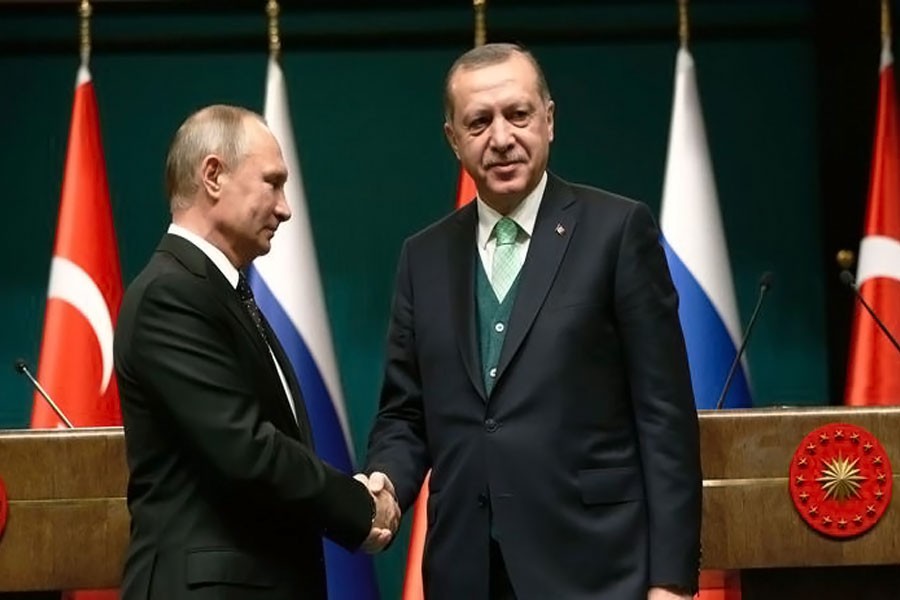 Turkey has finalised a deal with Moscow for the purchase of Russia's S-400 anti-missile system, Turkish defense officials announced Friday, despite concerns voiced by some of the NATO member's allies.

The deal, which would make Turkey the first member of the military alliance to own Russia's most advanced air defense system, comes amid strengthening ties between Turkey and Russia and Ankara's deteriorating relations with the United States and other western countries, reports AP.

The Turkish Defense Industries Undersecretariat said in a statement Friday that Turkey would buy at least one S-400 surface-to-air missile battery with the option of procuring a second battery. The delivery of the first battery was scheduled for the first quarter of 2020, the statement said.

The two countries on Friday also finalized a financial agreement for the project, under which part of the cost would be financed through a Russian loan, the Defense Industries body said, without revealing details of the deal.

Turkish media reported Friday that Turkey would purchase four S-400 units at a cost of $2.5 billion. Sergei Chemezov, head of Russia's state-controlled Rostech corporation, also told the business daily Kommersant in an interview published Wednesday thatthe contract was worth $2.5 billion and that a Russian loan would account for 55 percent of the sum.

Chemezov said Turkey would buy four batteries and that the first deliveries would start in March 2020, according to Kommersant.

The reason for the discrepancy over the number of batteries Russia would supply Turkey was not immediately clear. The Defense Industries body would not disclose the cost of the project or other details, citing "principles of secrecy" agreed to by the two countries.

The S-400 has a range of up to 400 kilometers and can simultaneously engage multiple targets. It's capable of shooting down ballistic missile warheads along with aircraft and cruise missiles.

Russia deployed the S-400s to its base in Syria to deter Turkey when the two nations were on the verge of conflict after a Turkish jet downed a Russian bomber on the Syrian border in November 2015.

Turkish President Recep Tayyip Erdogan announced in September that Turkey had signed a deal to buy the Russian system and made a down payment, drawing concerns from some of Turkey's NATO allies.

Some NATO countries have expressed worries that the S-400 system is not compatible with the alliance's weapons systems.

The Defense Industries agency said the Russian system would be operated under the full control of the Turkish military and "in an independent manner, without any links to any outside elements."