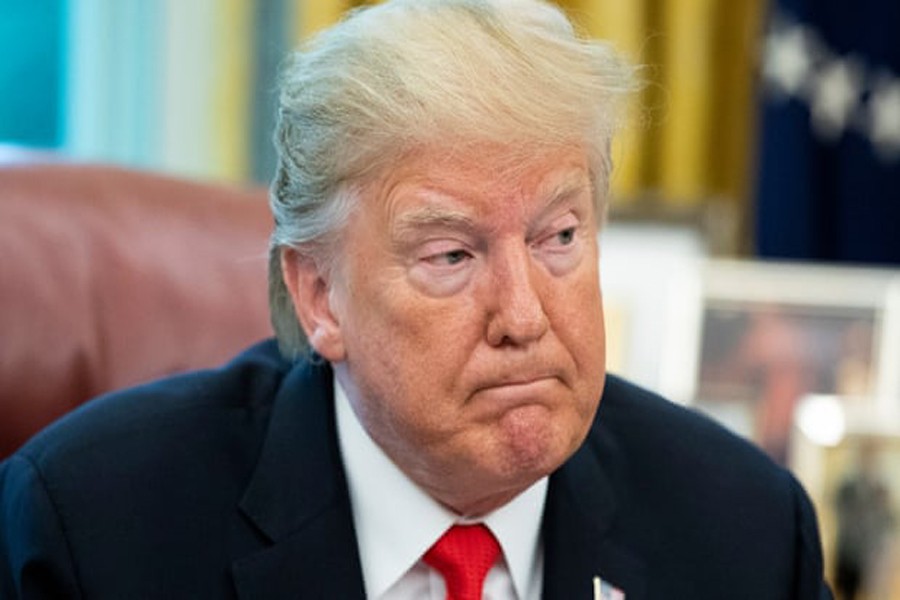 WASHINGTON, Sept 10: US President Donald Trump proclaimed talks with Afghanistan’s Taliban leaders dead on Monday, while the general in charge said the U.S. military is likely to ramp up operations in Afghanistan to counter an increase in Taliban attacks.

However he signalled that he would still withdraw US troops from America’s longest war, following the collapse this weekend of a monthslong effort to ease violence in Afghanistan, report agencies.

Expressing impatience with the continued burden of keeping 14,000 troops in Afghanistan, the president said it was not the US military’s role to secure the world. “Our soldiers are incredible, but they are serving as policemen, to a large extent,” Trump said.

“We would like to get out, but we will get out at the right time.”

A plan to send home as many as 5,400 US forces by early next year — just as Trump revs up his reelection campaign — was at the heart of the negotiations that also sought to secure a cease-fire in Kabul. The Afghan capital has been rocked by bloody attacks over the past several weeks, and violence is expected to escalate amid the political uncertainty.

Trump has long promised to end US involvement in the war, and said Monday that the Afghan government “will have to take responsibility” for its own security “at the earliest possible time.”

Even so, the peace negotiations with the Taliban that would have started an American withdrawal “are dead,” Trump told reporters at the White House. “As far as I’m concerned, they are dead.”

It was unclear whether Trump’s angry denunciation would mean a permanent end to the talks with the Taliban, which had excluded Afghan government officials. The president has demonstrated a willingness to swing from one extreme to the other in the conduct of foreign policy, including condemning and then praising Kim Jong Un, the leader of North Korea.

U.S. forces invaded Afghanistan nearly 18 years ago, to hunt for Osama bin Laden and al-Qaida fighters weeks after the terror attacks of Sept. 11, 2001. At the time, the Taliban ruled Afghanistan under harsh laws; the extremist organisation also offered safe haven to al-Qaida.

Trump now faces a difficult choice: He can go ahead without a negotiated agreement and reduce the number of US forces in Afghanistan from the current 14,000 to about 8,600 — the bare minimum the Pentagon has said is necessary to maintain enough of an intelligence-gathering presence to detect threats to the United States.

But he then risks forfeiting negotiating power in future talks with the Taliban by withdrawing troops without first securing concessions for peace.

“The Taliban are perfectly happy to sit down and talk to us about the terms in which we’ll get out of Afghanistan,” said James B Cunningham, who was the Obama administration’s deputy ambassador, and then top envoy to Afghanistan, from 2012 to 2014. “And they thought that’s what they had achieved. But there is no sign that means they are interested in anything else than, basically, imposing their will on Afghans.”

The lead US negotiator to the now-scuttled negotiations, Zalmay Khalilzad, was headed back to the United States this week to hash out a way forward with Trump’s national security team. Any new overtures to the Taliban, if they ever happen, are not expected for months at least.

Jonathan Hoffman, a Pentagon spokesman, would not comment when asked Monday whether the roughly 5,400 US troops would still leave Afghanistan in coming months, regardless of peace negotiations.