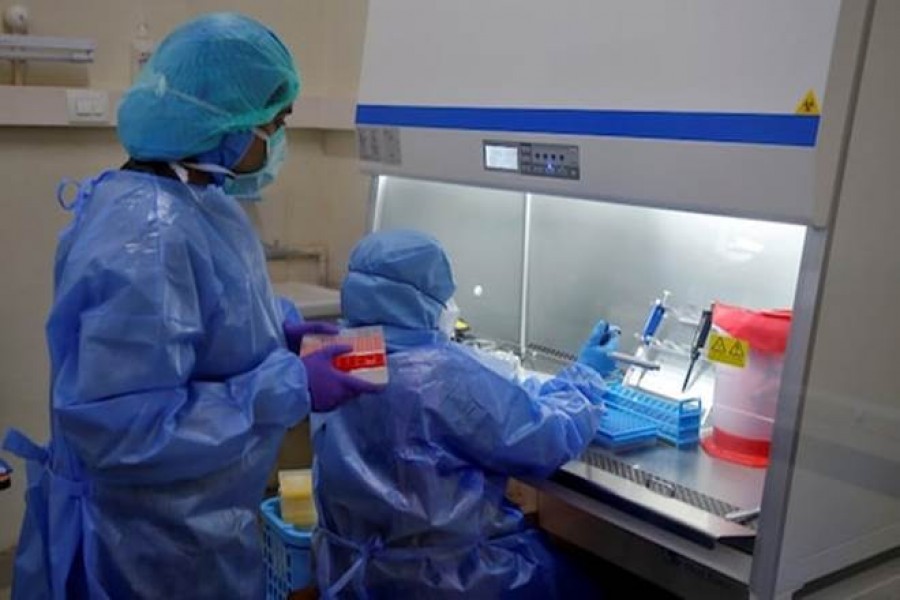 "The better we understand this virus, its spread and its impact on different people, the better we can fight it and eventually defeat it," Trudeau said at a news conference in Ottawa on Thursday.

The additional fund is meant to support previous efforts by the Trudeau government to marshal Canada's medical community in the battle against COVID-19.

At the news conference, Trudeau also announced the creation of a new COVID-19 immunity task force focused on serology testing to determine if someone has been exposed to the virus already.

The COVID-19 immunity task force will include a series of Canada's top doctors and will focus on blood testing to track and understand immunity to the novel coronavirus.

Trudeau said testing is key to the fight against COVID-19 and 20,000 tests are carried out in Canada every day. "Testing must increase even further before we can reopen and restart our normal activities as a country."

"We know it may be a long while before a vaccine. There are discussions around treatments for COVID-19 that might work as well as a vaccine," he said.

This new fund comes one day after Canada's Chief Public Health Officer Theresa Tam said that rapid testing to detect and trace the virus' spread will be essential to curb the COVID-19 pandemic.

Tam said Canada needs to triple the number of COVID-19 tests being conducted daily in order to reach desired target of 60,000 tests a day.

Some provinces like Saskatchewan and Prince Edward Island where the virus' spread appears to be minimal are planning to loosen some restrictions for businesses and service in early May.

"In the coming months we will be able to loosen a number of the restrictions and rules that we have right now," he said.

As of Thursday afternoon, there were more than 41,752 confirmed COVID-19 cases across the country and 2,141 deaths.