Time is running out for Russia, German minister says 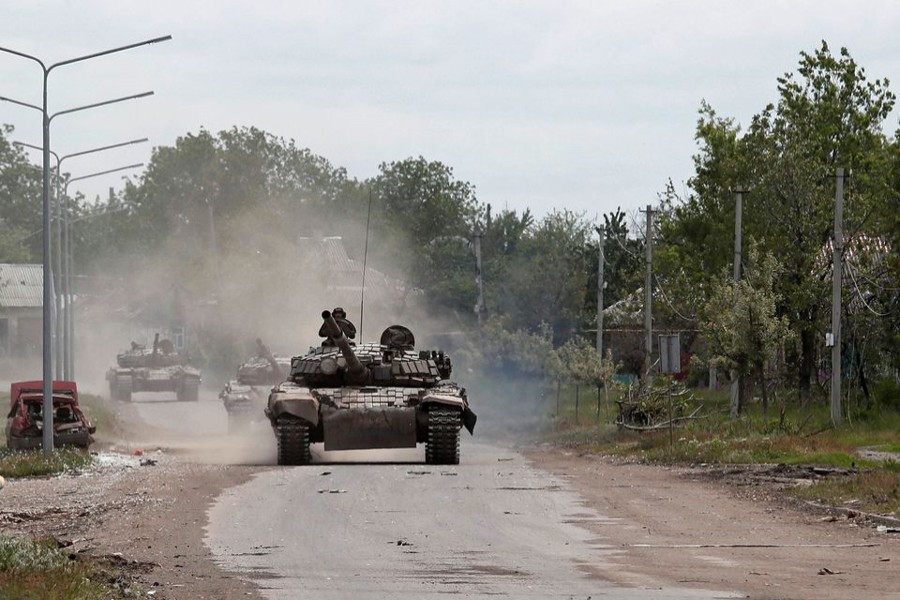 Tanks of pro-Russian troops drive along a street during Ukraine-Russia conflict in the town of Popasna in the Luhansk Region, Ukraine on May 26, 2022 — Reuters photo

Germany must work harder to reduce its energy-dependence on Russia but Western sanctions in response to Moscow's invasion of Ukraine are still taking a heavy toll on the Russian war machine, German Economy Minister Robert Habeck said on Thursday, reports Reuters.

"The Russian economy is collapsing," Habeck told lawmakers, adding that Germany had played its part here by reducing exports to Russia in March by 60 per cent, with an even sharper fall expected in April.

Across the allied countries participating in the sanctions, exports to Russia fell by 53 per cent over previous months, while the drop among neutral or pro-Russian states was 45 per cent, according to the minister.

"Putin is still getting money but ... time is not working for Russia, it is working against Russia," he said.

As a result of the sanctions, Moscow had lost access to parts crucial to its ability to fight the war, Habeck said, such as "security updates for airplanes, with the result that the planes will soon be grounded".