Tillerson wants no sanction against Myanmar 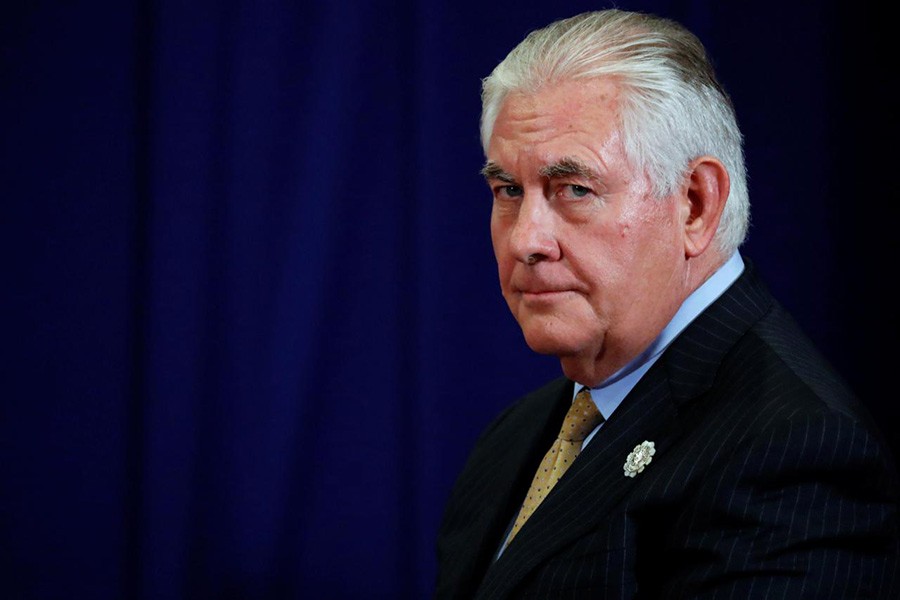 US Secretary of State Rex Tillerson does not want any broad-based sanction against Myanmar, as the United States wants it to succeed in transition to a more democratic society.

But, he said, individuals having credible and reliable information on abuses could be targeted by sanctions.

Tillerson made the remarks at a joint news conference with Myanmar's de facto leader Aung San Suu Kyi in Naypyitaw of Myanmar on Wednesday.

In a five-hour visit in Myanmar, the US Secretary of State had earlier held separate talks with country’s military chief, Senior General Min Aung Hlaing, whose forces have been accused of atrocities.

Tillerson condemned the militant attacks. "Any response by the security forces needed to avoid to the maximum extent possible harming innocent civilians.”

The US top diplomat called for the Myanmar government to lead a credible and impartial investigation and said those who committed abuses should be held responsible.

He also said it was the duty of the military to help the government to meet commitments to ensure the safety and security of all people in Rakhine state.

He said the United States would provide an additional $47 million in humanitarian assistance for refugees bringing the total to $87 million since the crisis erupted in August.

“The humanitarian scale of this crisis is staggering,” Tillerson said.

During the news conference, Suu Kyi was asked to explain why she had not spoken out more strongly over the plight of the Rohingya, as the Nobel peace prize winner’s perceived failure to speak up has damaged her international reputation as a stateswoman.

“What I say is not supposed to be exciting,” Suu Kyi said, adding that she had aimed to keep the public informed without setting different ethnic, religious communities against each other.

According to Reuters, on August 25, the Myanmar's military launched its clearance operation.

More than 600,000 Rohingya Muslims have fled to Bangladesh since beginning of the operation in Buddhist-majority Myanmar’s Rakhine State.