Three policemen die in clash with protesters in Vietnam 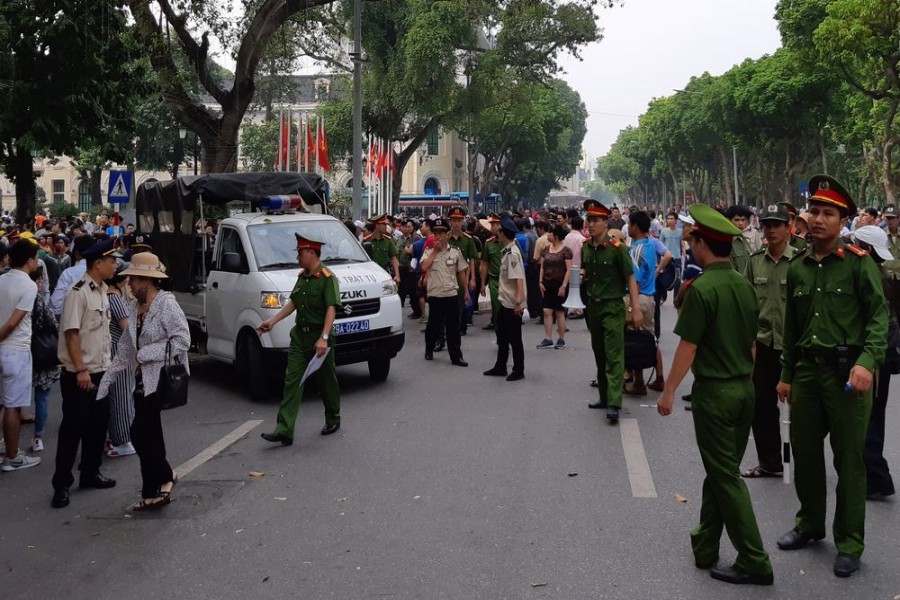 Three policemen were among at least four people killed in Vietnam on Thursday when protesters attacked soldiers building a wall near a military airport, the Ministry of Public Security said.

The protesters attacked the troops with hand grenades, petrol bombs and knives in the village of Dong Tam, near the capital, Hanoi, the ministry said in a statement on its website.

Three policemen and one of the protesters were killed, while one protester was injured, the ministry said, but did not elaborate on the protesters’ objections.

It was not immediately clear how the policemen came to be killed, and Reuters could not independently verify the number of those killed in the clash.

In a statement, New York-based Human Rights Watch said the dispute was about land rights, and urged the authorities to launch an “impartial and transparent” investigation.

“Vietnam government officials need to recognise the importance of carrying out dialogues and negotiations with farmers to solve land disputes like Dong Tam in a peaceful manner rather than using violence,” said Phil Robertson, the group’s deputy director for Asia.

“The authorities have launched an investigation into the case and have arrested the lawbreakers,” the ministry said.

Disputes over land do occur in Vietnam, although the incident was the first time in years that policemen were killed in such a dispute.