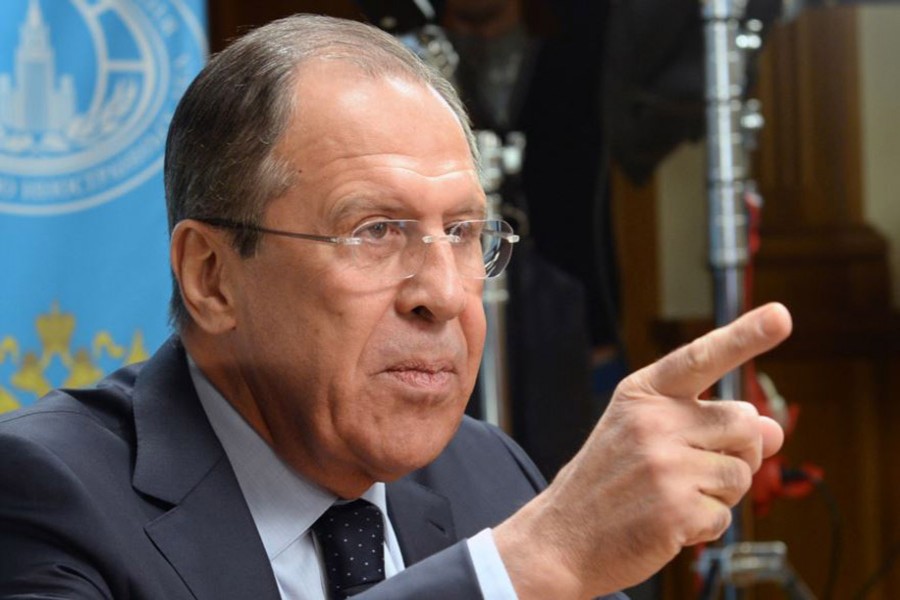 The US and France have said they have proof it took place, and, alongside the UK, they are considering launching military retaliation against Syria.

Russia, a Syrian ally, has warned the US that air strikes risk a new war, reports BBC.

Independent chemical weapons inspectors are en route to the Eastern Ghouta area to look for evidence. They are expected to arrive on Saturday.

During a press briefing on Friday, Mr Lavrov said he had "irrefutable evidence" that the attack was staged as part of a "Russophobic campaign" led by one country, which he did not name.

Russia has requested a United Nations meeting in New York later in the day, but this has not yet been confirmed.

The White House says it is continuing to assess intelligence and talk to its allies on how to respond.

The delegation from the Organisation for the Prohibition of Chemical Weapons (OPCW) will start its investigations on Saturday, but, to ensure their safety, few details are expected to be released about their movements.