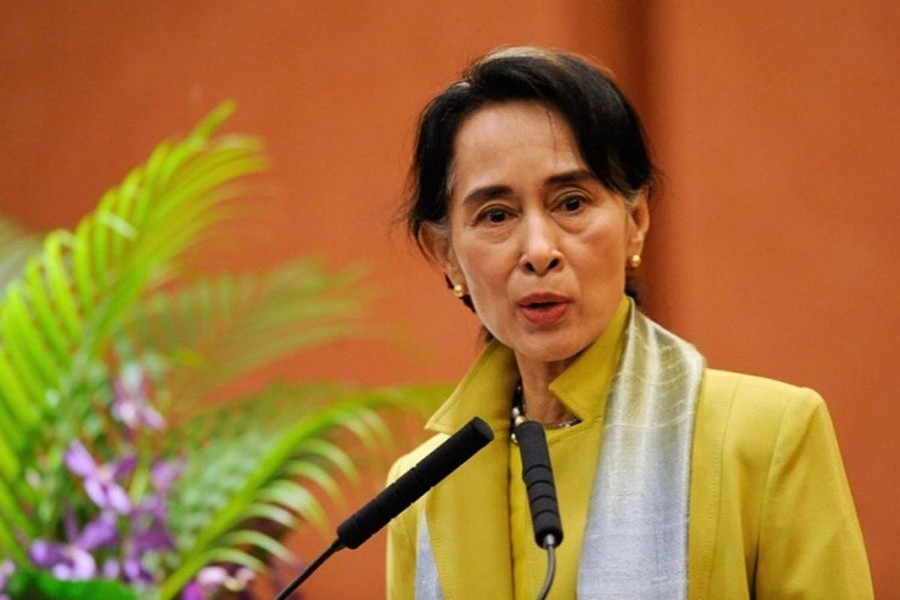 Aung San Suu Kyi Thursday called for national unity and said she has created a committee that will coordinate all international and local assistance in violence-struck Rakhine state.

Suu Kyi acknowledged in a speech on state-run television that the country is facing widespread criticism over the refugee crisis, and called for unity in tackling the problem.

She said her government is holding talks with Bangladesh on the return of "those who are now in Bangladesh." She gave no details, but officials have suggested they would need to provide residency documents, which few have, reports AP.

Myanmar's Buddhist majority denies that Rohingya Muslims are a separate ethnic group and regards them as having migrated illegally from Bangladesh. Suu Kyi did not use the word "Rohingya" in her speech, although she referred to several other ethnic minorities by name.

She said those who return from Bangladesh would need to be resettled, without providing details, and said development must be brought to Rakhine to achieve a durable peace.

She said she would head the new committee, the "Union Enterprise for Humanitarian Assistance, Resettlement and Development in Rakhine," and that it would coordinate all efforts to create a "peaceful and developed Rakhine state."

The government has highly restricted access to Rakhine for international aid groups and journalists.

Suu Kyi said the government has invited UN agencies, financial institutions such as the World Bank, and others to help develop Rakhine, one of Myanmar's poorest areas.

Myanmar officials deny there has been ethnic cleansing or genocide.

Myanmar's ambassador to Japan, Thurain Thant Zin, told reporters in Tokyo on Thursday that his government was providing humanitarian aid to all affected by the violence and denied reports of human rights abuses by the military.

"To say the Myanmar military conducted those illegal acts is untrue and cannot be true," he said. "The Myanmar government protests the use of such terms as ethnic cleansing and genocide."