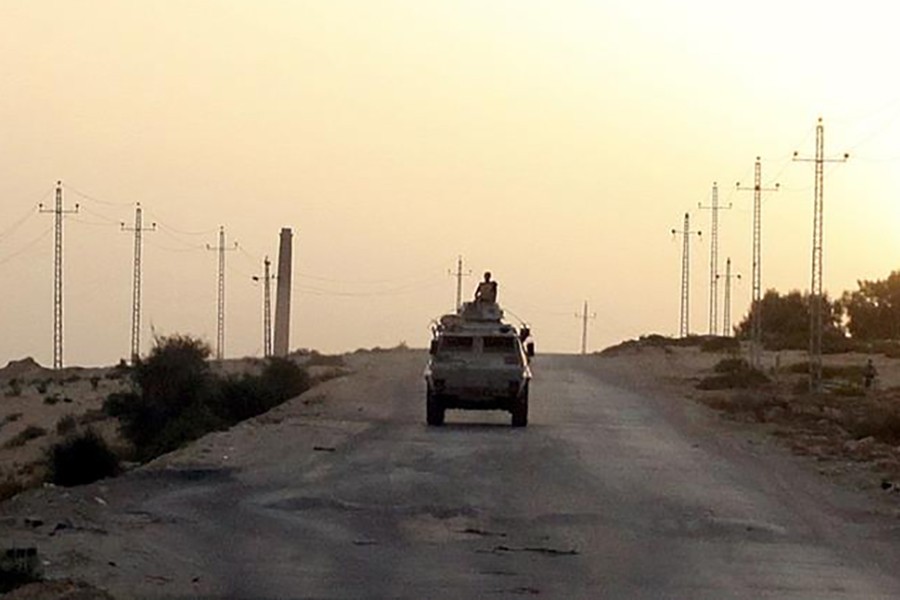 At least seven soldiers were killed and 37 others injured as suspected Islamic State (IS) militants attacked six checkpoints in the turbulent north of the Sinai Peninsula in Egypt on Sunday, officials said.

The hospital officials said the near-simultaneous attacks took place at and around the town of Sheikh Zweid, with dozens of militants using heavy machine guns and mortars, reports AP.

Apache helicopter gunships were called in to repel the attackers, said the officials, who spoke on condition of anonymity because they were not authorised to speak to the media.

An army statement said 24 attackers were killed and two SUVs they used were destroyed. The area was being combed by troops in pursuit of the militants, the statement said.

Egyptian security forces have for years battled militants in northern Sinai, which borders the Gaza Strip and Israel. But the insurgency there has gained momentum since the Egyptian military ousted an elected Islamist president in 2013.

The insurgency is led by a local affiliate of the Islamic State group.