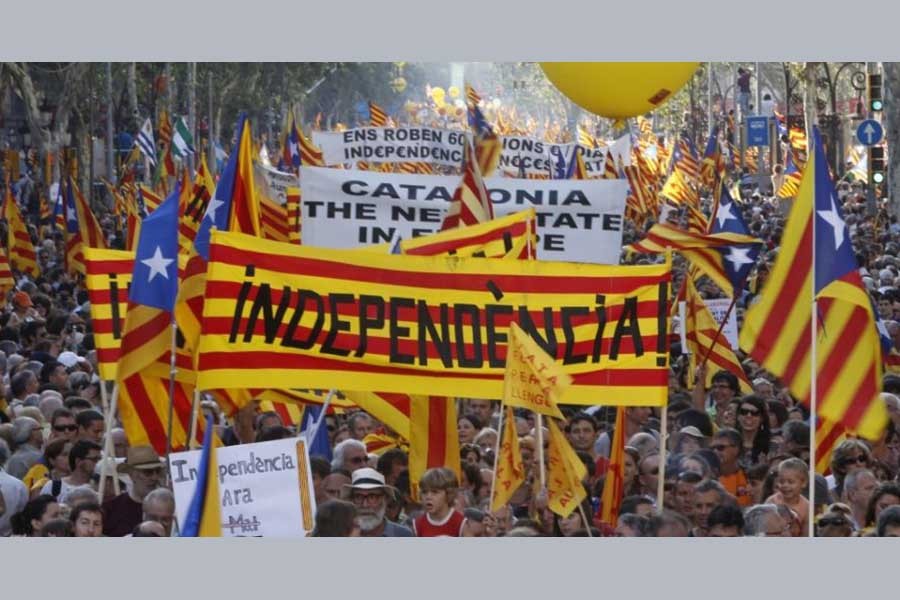 Pro-unity rallies are underway in the Spanish capital after Sunday's disputed referendum for Catalan independence.

Tens of thousands have protested in Madrid, while other demonstrations have been held in the Catalan city of Barcelona urging political dialogue, reports BBC.

Campaigners gathered with signs saying "Spain is better than its leaders" and "let's talk".

Businesses have continued to announce their departure from the Catalan region amid the ongoing political uncertainty.

The Caixa Foundation, which controls one of the Spain's largest banks, announced it was moving its headquarters to Palma de Mallorca while the crisis continues.

The country is waiting for a speech on Tuesday by Catalan President Carles Puigdemont amid speculation he will declare independence.

The final results showed 90 per cent of the 2.3 million people who voted backed independence. Turnout was 43 per cent.