Spain PM rules out any chances of split 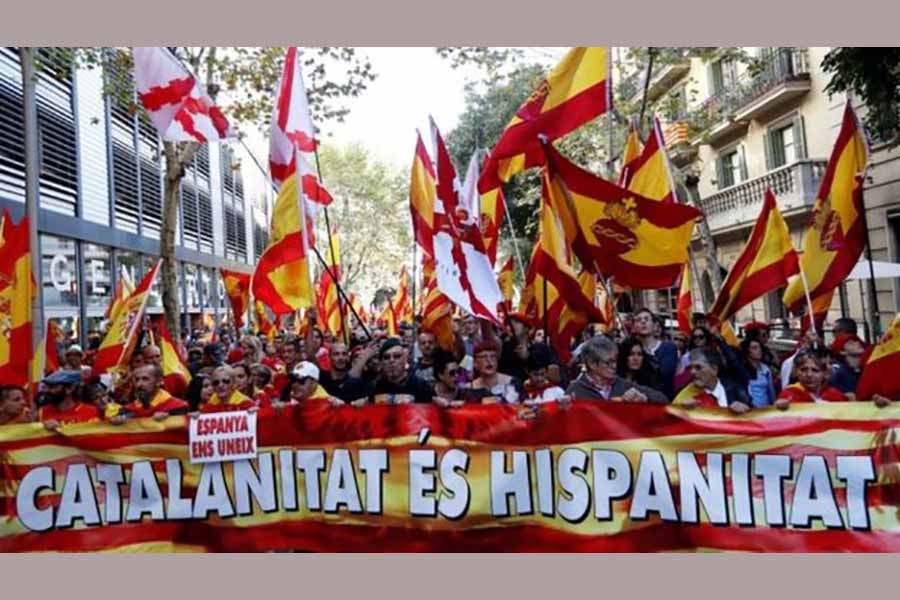 Any declaration of independence by Catalonia will have no effect, Spanish Prime Minister Mariano Rajoy has warned, adding that he is not ruling out suspending the region's autonomy.

In an interview with El País newspaper, the Spanish PM also rejected any mediation to resolve the crisis, reports BBC.

On Saturday thousands of people rallied in Madrid for Spanish unity.

A similar demonstration is under way in Barcelona in response to last week's disputed referendum.

The final results from the wealthy north-eastern region showed 90 per cent of the 2.3 million people who voted backed independence. Turnout was 43 per cent.

There have been several claims of irregularities, and many ballot boxes were seized by Spanish police.

Nearly 900 people were injured as the police, trying to enforce a Spanish court ban on the vote, attempted to disperse voters.

In the El País interview, Rajoy said, "The government will ensure that any declaration of independence will lead to nothing."

Asked whether he was prepared to invoke Article 155 of Spain's constitution, which allows the national parliament to intervene in the running of an autonomous region, Mariano Rajoy said, "I don't rule out absolutely anything that is within the law."

The prime minister also said he planned to keep the extra police deployed to Catalonia before the referendum in the region until the crisis was over.

And he added that he would not call early national elections because of the growing political crisis.

Catalan President Carles Puigdemont is expected to address the regional parliament on Tuesday at 18:00 local time (16:00 GMT) after Spain's Constitutional Court earlier suspended the Catalan parliament session that had been planned for Monday.

There is speculation that the parliament will declare independence unilaterally at its next sitting.