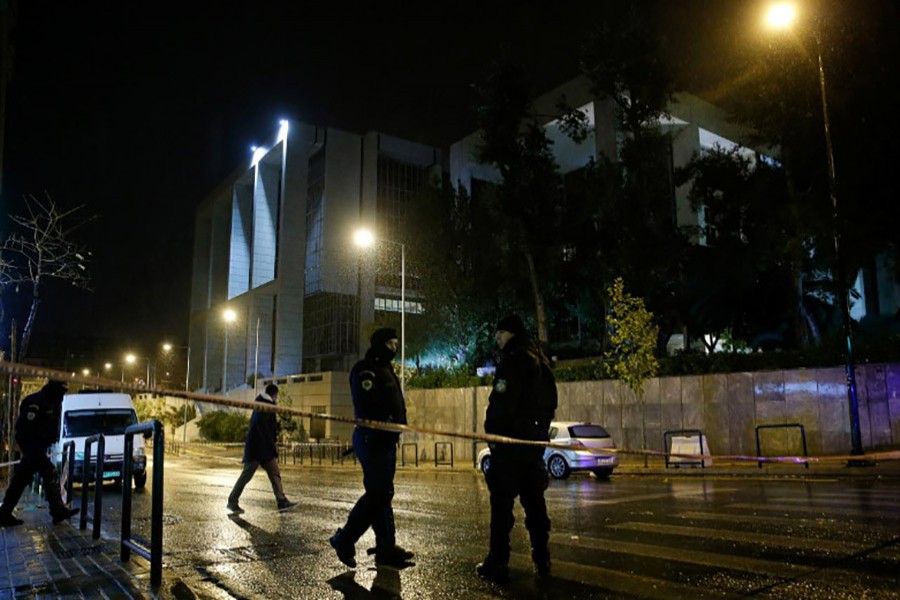 Greek policemen secure the area after a bomb blast at a court building in Athens, Greece on Friday. - Reuters

There were no reports of injuries.

Police, who had cordoned off the area, found a bag which contained the explosive material outside the building.

They were investigating footage from cameras nearby, another official said.