Slovenian PM Cerar resigns as pressure mounts ahead of election 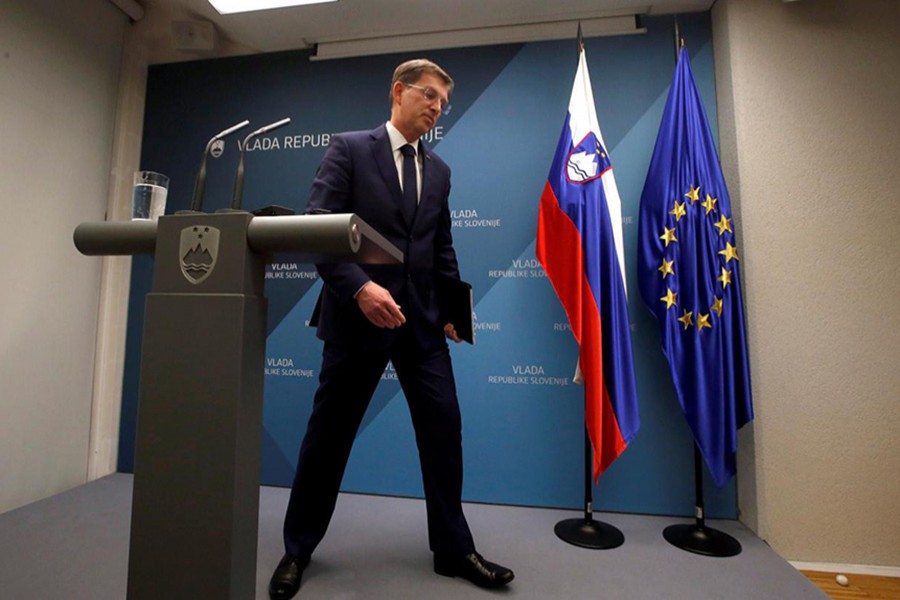 Slovenian Prime Minister Miro Cerar resigned late on Wednesday, hours after a key investment project hit a legal obstacle, saying he had also had enough of obstruction from his coalition partners and pressure from trade unions.

The move comes less than three months ahead of general election which was expected in June. It was not clear whether Cerar’s resignation would bring the election forward.

In pre-election opinion polls Cerar’s centre-left Party of Modern Centre is trailing behind three other parties with a centre-left List of Marjan Sarec, which has never before run for parliament, being in the lead ahead of the opposition centre-right Slovenian Democratic Party, according to a Reuters report Thursday.

Cerar said he would step down in the wake of a Supreme Court decision to annul the result of a September referendum that approved a 1-billion-euro railway project, the centre-left government’s biggest investment programme.

“The (railway project) took a new blow from those who want to stop the positive development of Slovenia,” he said. “I don’t want to be part of such stories.”

Slovenia, which narrowly avoided an international bailout for its banks in 2013, returned to growth a year later. The government expects economic growth of at least 3.9 per cent this year versus 5 per cent in 2017, boosted by exports and investments.