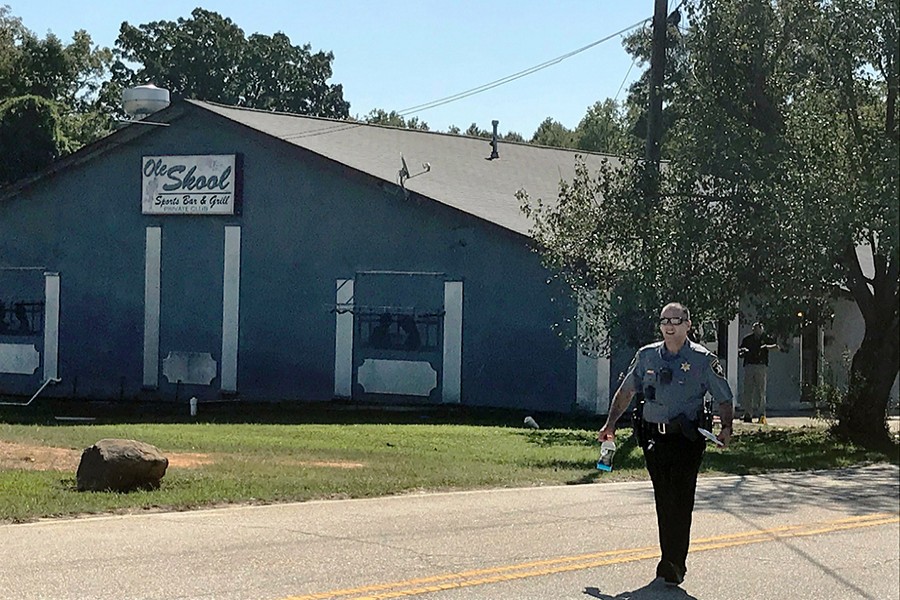 A Lancaster County Sheriff's deputy walks around the Old Skool Sports Bar and Grill, the scene of a shooting early in the morning, north of Lancaster, SC on September 21, 2019 — AP photo

Police in South Carolina were hunting for suspects on Saturday (US local time) after at least one person opened fire before dawn at a crowded bar in the city of Lancaster, killing two people and wounding eight others, officials said.

The shooter was still at large and it was not immediately clear if anyone else also opened fire during the incident inside the Old Skool Sports Bar & Grill, the Lancaster County Sheriff’s Office said in a statement, reports Reuters.

The sheriff’s office said it was a violent incident of “huge magnitude” and that it appeared at least one shooter targeted a specific victim following a dispute.

“This is not a situation where a random stranger selected a random location and went in and shot random people,” sheriff’s office spokesman Doug Barfield said by telephone.

Ten people, including two men who died, were shot in the gunfire that erupted at 2:45am local time in the town about 60 miles (100 km) north of the state capital of Columbia, the Sheriff’s Office statement said.

Four others were airlifted for medical treatment and their conditions were not immediately known, while another four were hospitalized with non-life threatening injuries, it said.

“This was a violent incident of huge magnitude that was witnessed by lots of people,” Lancaster County Sheriff Barry Faile said in the statement. “Two people are dead and many more are seriously injured. The shooter or shooters are out there.”