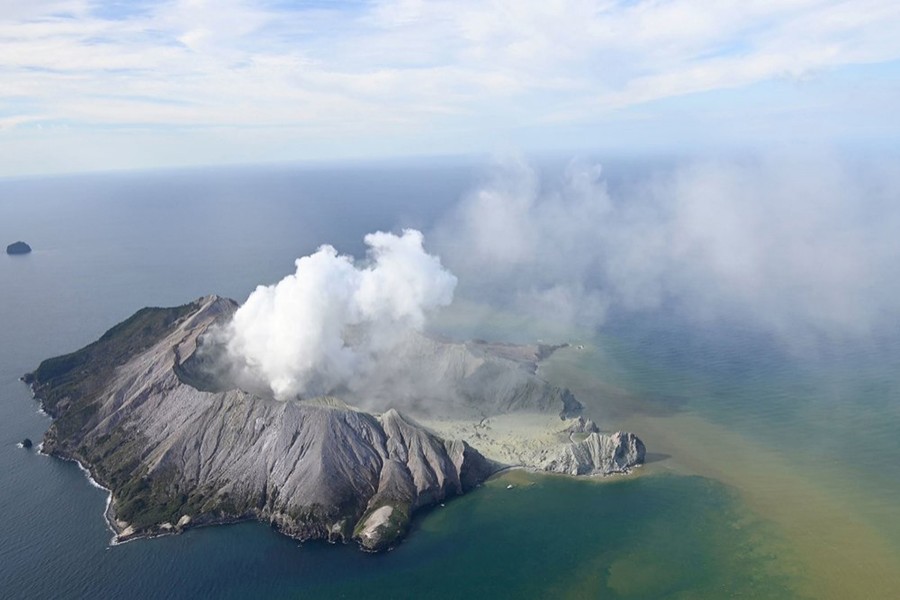 A volcano has erupted in New Zealand with about 50 people in the vicinity - leaving "a number of them" unaccounted for, police said.

Tourists were seen walking inside the rim of the White Island crater just moments before the eruption.

Police said at least one of those evacuated from the island volcano was critically injured.

White Island, or Whakaari, is off the coast of North Island - and is one of the country's most active volcanoes.

Despite that, the island is a tourist destination with frequent day tours and scenic flights available.

Visitor Michael Schade, who was on a boat leaving the island, filmed the eruption, showing a thick plume of ash and smoke above the mountain.

Another group of tourists can be seen waiting to be rescued from the island.

He told the BBC he had been at the crater just 30 minutes before the eruption.

"It was a higher activity level that day [on the volcano] it was still safe-ish but they were trying to limit the group sizes [of people visiting the volcano]."

"We had just got on the boat and left and we were sitting on it for around 10 minutes eating lunch, it was driving away very slowly because we were all eating. Then someone pointed it out and we saw it. I was basically just shocked. The boat turned back and we grabbed some people that were waiting on the pier."

A live feed from the volcano showed a group of visitors inside the crater before images went dark after the eruption.

"While it was initially believed there were approximately 100 people on or near the island at the time of the eruption, we now believe there were fewer than 50," police said.

"Some of those people have been transported to shore, however a number believed to be on the island are currently unaccounted for.

"Of those transported to shore, at least one has been critically injured."

Police are warning people living near the area to "be aware of the potential for ashfall" and to stay indoors.

On 3 December, geological hazard monitoring website GeoNet had warned "the volcano may be entering a period where eruptive activity is more likely than normal," although saying that "the current level of activity does not pose a direct hazard to visitors".

White Island has seen several eruptions over the years most recently in 2016, but no one was hurt at the time.