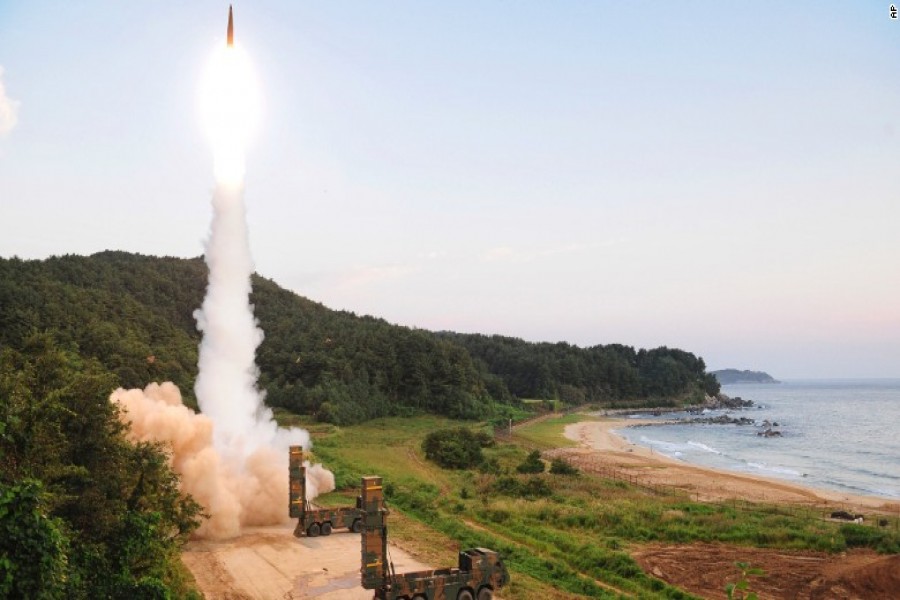 The crisis on the Korean peninsula intensified on Monday as South Korea said it appeared the North was preparing to launch more missiles after the test of a hydrogen bomb at the weekend.

Seoul responded with a series of live-fire drills, intended as a show of military might, and boosted the deployment of a controversial US-made missile defence system, THAAD, reports CNN.

South Korea also said the US planned to strengthen its military presence in the region with an aircraft carrier and more bombers.

James Mattis, the US defence secretary, said any threat from North Korea to the US or its territories such as the Pacific archipelago of Guam, would be met with a "massive military response."

The deepening crisis has caused frayed relations on both sides. North Korea's continued belligerence was a blow to China, which has failed to keep its ally in check despite persistent warnings. China said Monday it had made a "stern representation" to North Korea over the test.

Meanwhile Donald Trump, the US president, opened up a rift with South Korea, saying it risked "appeasement" of Pyongyang.

The developments represented a significant ratcheting-up of tension in the region, already on edge over North Korea's rapidly intensifying missile-testing programme.