Security threat forces closure of US embassy in Turkey 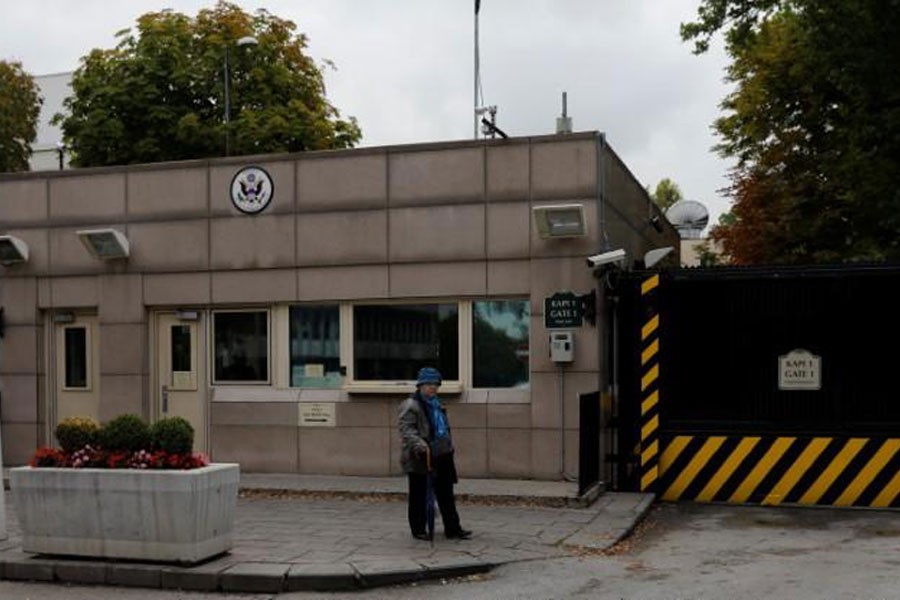 A woman walks past the US Embassy in Ankara, Turkey, October 9, 2017. Reuters file photo.

The US Embassy in Turkey will be closed on Monday due to an unspecified security threat.

A statement posted on the embassy’s web page on Sunday urged US citizens to avoid the embassy in Ankara as well as large crowds and to ‘keep a low profile.’

The statement said the embassy will be closed “due to a security threat. The Embassy will announce its reopening, once it resumes services.” It did not give details on the threat.

In 2013, a suicide bomber detonated an explosive in front of the US Embassy in Ankara, the Turkish capital, says an AP report.

He killed himself and a Turkish guard. Turkish officials blamed the attack on domestic leftists.