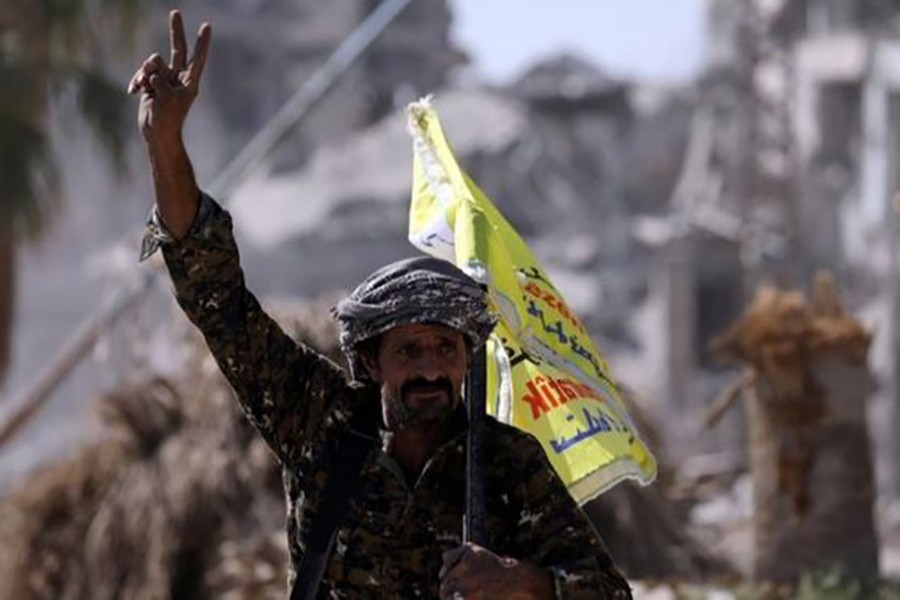 The Syrian Democratic Forces (SDF) says they now control so-called Islamic State's one-time capital of Raqqa, with only a few dozen militants remaining in the city.

The US-backed forces said they had retaken al-Naim square, where IS once held public executions, says a report on BBC.

The official declaration that the city has been recaptured is expected soon, said a correspondent of the broadcasting corporation.

Earlier, a convoy of local IS fighters and their families left Raqqa as part of a planned departure.

No foreign fighters were allowed to join them, the SDF said.

More than 3,000 civilians have escaped the city in recent days, local forces say.

Raqqa was one of the first large cities IS took over in 2014.

But the SDF, an alliance of Kurdish and Arab militias, has been besieging the city for almost four months.

On Tuesday, the SDF said it had taken the city's hospital, one of the last pockets of IS resistance. However, IS fighters were still holding out in Raqqa's stadium.

There were no air strikes for the first time in months on Monday, though fighting is still going on, reports the BBC's Feras Kilani in the city.

Earlier, an SDF vehicle was seen patrolling the ruined streets with a loud speaker urging people to come out of into the open and "eat hot soup".

The SDF's decision to allow some of the militants to go out of the city, leaving only a hardcore group of fighters behind, was designed to shorten the battle.

The loss of Raqqa will be seen as another blow for IS, which has been steadily losing ground in both Syria and Iraq over the last two years.

IS, which attracted fighters from across the globe with its extreme interpretation of Islamic law, used beheadings, crucifixions and torture to terrorise residents who opposed its rule.