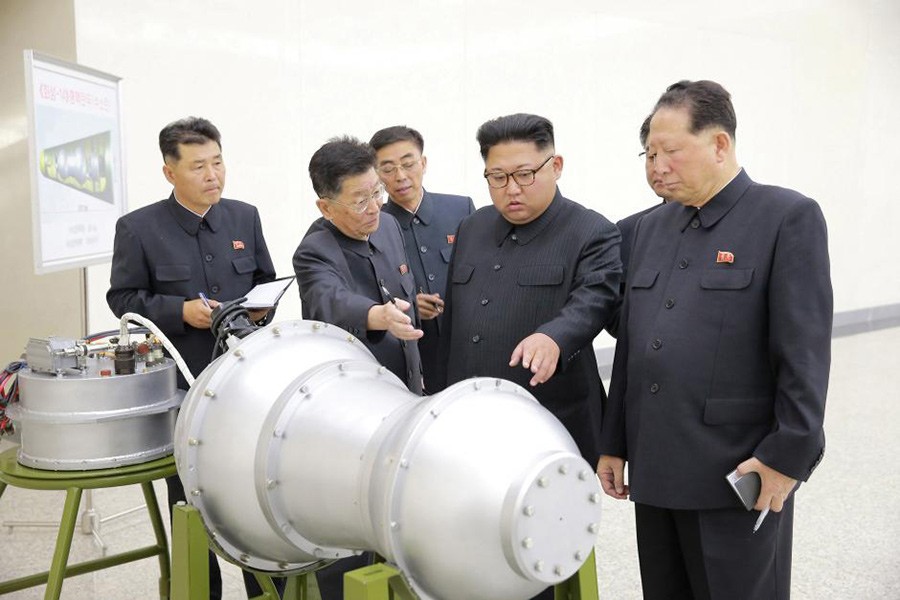 A top North Korean diplomat on Tuesday warned that his country is ready to send “more gift packages” to the United States as world powers struggled for a response to Pyongyang’s latest nuclear weapons test.

”The recent self-defense measures by my country, DPRK, are a gift package addressed to none other than the US,” Han told a disarmament conference, using the acronym for the Democratic People’s Republic of Korea, the country’s formal name.

“The US will receive more ‘gift packages’... as long as it relies on reckless provocations and futile attempts to put pressure on the DPRK,” he added without elaborating.

US Ambassador to the United Nations Nikki Haley on Monday accused North Korean leader Kim Jong Un of “begging for war” with a series of nuclear bomb and missile tests, and urged the 15-member Security Council to impose the “strongest possible” sanctions to deter him and shut down his trading partners.

“I don’t think we’ll be able to rush it so fast,” Nebenzia told reporters. Russian President Vladimir Putin earlier on Tuesday said imposing more sanctions was a “road to nowhere.”

US stocks sank, with the S&P 500 stumbling to its biggest single-day loss in about three weeks, as investors weighed the increasing tensions with North Korea.

Sanctions have done little to stop North Korea boosting its nuclear and missile capacity as it faces off with US President Donald Trump who has vowed to stop Pyongyang from being able to hit the mainland United States with a nuclear weapon.

Haley acknowledged on Tuesday that further sanctions on North Korea are unlikely to change its behavior but would cut off funding for its ballistic missile and nuclear programs.

“Do we think more sanctions are going to work on North Korea? Not necessarily,” she told the American Enterprise Institute think tank in Washington. “But what does it do? It cuts off the revenue that allows them to build ballistic missiles.”