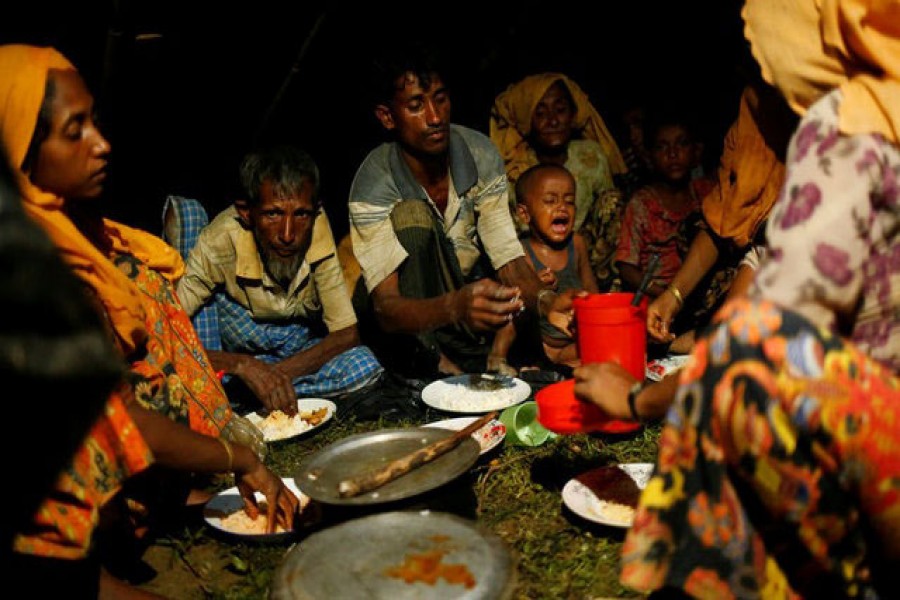 Yanghee Lee said the situation in Rakhine was "really grave" and it was time for Suu Kyi to "step in", reports BBC.

Her comments came as the number of Rohingya fleeing to Bangladesh reached 87,000, according to UN estimates.

That is more than the exodus after the October 2016 violence in Rakhine.

Both outpourings were sparked by attacks by Rohingya militants on police posts which triggered a crackdown by the Burmese military.

The Rohingya are a stateless Muslim ethnic minority who have faced persecution in Myanmar. Many of those who have fled describe troops and Rakhine Buddhist mobs burning their villages and attacking civilians.

Satellite images show many fires across northern parts of the state, and Human Rights Watch has released an image which it says shows that more than 700 homes were razed in one Rohingya village.

The military says it is fighting a campaign against Rohingya militants who are attacking civilians. Independently verifying the situation on the ground is very difficult because access is restricted.

How the coronavirus crisis is affecting global food supply