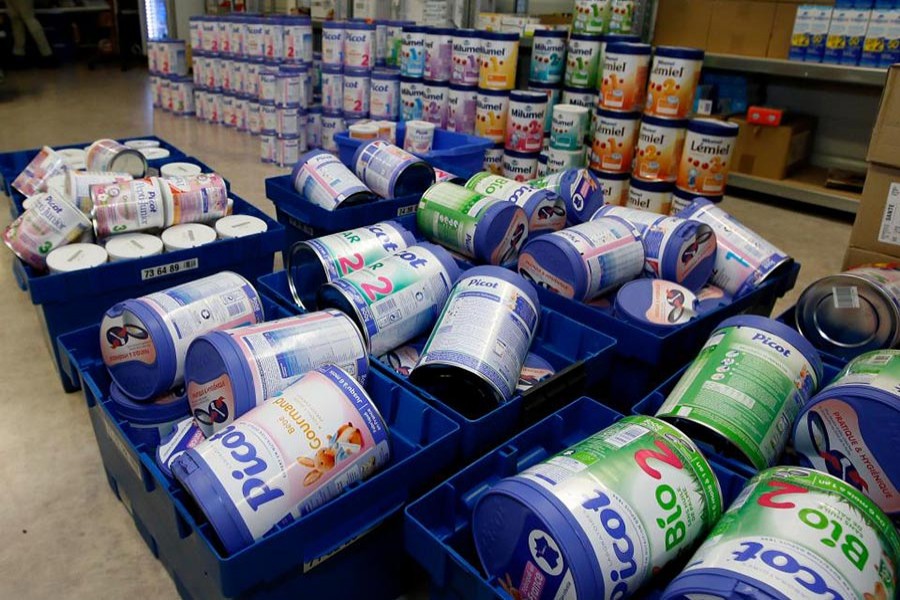 The French dairy group at the centre of a baby milk scandal, Lactalis, has admitted some of its products may have been tainted over more than a decade.

Millions of boxes of powdered milk have been recalled worldwide following a salmonella outbreak last year.

Researchers say that the exact same strain of salmonella was responsible for another outbreak in 2005.

The company said it was possible other babies could have been affected by Lactalis products since then, the BBC reports.

In a newspaper interview published on Thursday, Lactalis CEO Emmanuel Besnier said tests had shown that a factory at the centre of the latest scare, in Craon in north-western France, was also responsible for the 2005 outbreak.

The factory - owned by Lactalis since 2006 - was closed in December after it emerged that contamination had started in one of its drying towers.

How many babies have been affected since 2005?

In the 2005 outbreak, 146 children fell ill. In last year's outbreak, at least 38 cases in France and Spain were traced to Lactalis milk.

On Thursday, researchers from the Pasteur Institute in Paris said the salmonella bacteria had remained at the Craon factory until it was closed.

Mr Besnier appeared to point to a similar conclusion in his interview with Les Échos newspaper.

"The possibility that babies consumed tainted milk over this period cannot be ruled out," he said.