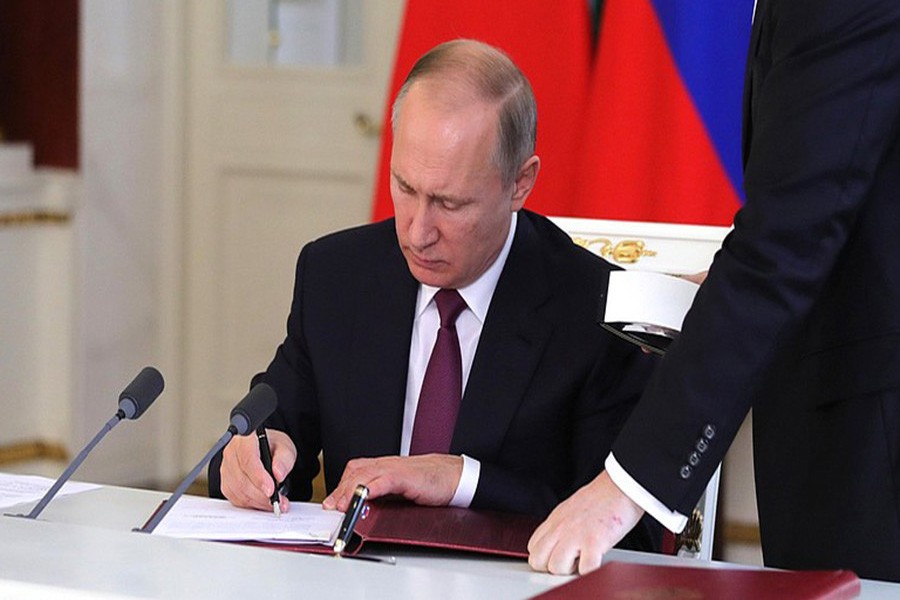 Russian President Vladimir Putin has signed a law that allows the government to list any foreign media operating in the country as a foreign agent.

The bill, in retaliation for Kremlin-backed broadcaster RT being told to register as a foreign agent in the US, was earlier approved by parliament.

At least nine US-funded broadcasters, including Voice of America and Radio Free Europe/Radio Liberty could be hit.

RT is accused of being part of Russia’s alleged meddling in the US election.

The broadcaster denies the claim.

They are now subject to additional requirements and failure to meet them could result in the suspension of their activities.

If they are required to register, they will have to say in their broadcasts and on their websites that they are foreign agents.

Russia’s justice ministry can now decide which outlets the steps applied to and under what circumstances.

RT said last week it had registered as a foreign agent in the US following a request by the Department of Justice, reports BBC.

The instruction came under the Foreign Agents Registration Act (FARA), adopted in 1938 to counter pro-Nazi agitation on US soil and applied to those engaged in political activity for a foreign government.

The measure would require RT to label anything it produces, making it clear its reports are distributed on behalf of the Russian state. The broadcaster said it would challenge the requirement in court.

Russia has denied it interfered in last year’s US presidential election.