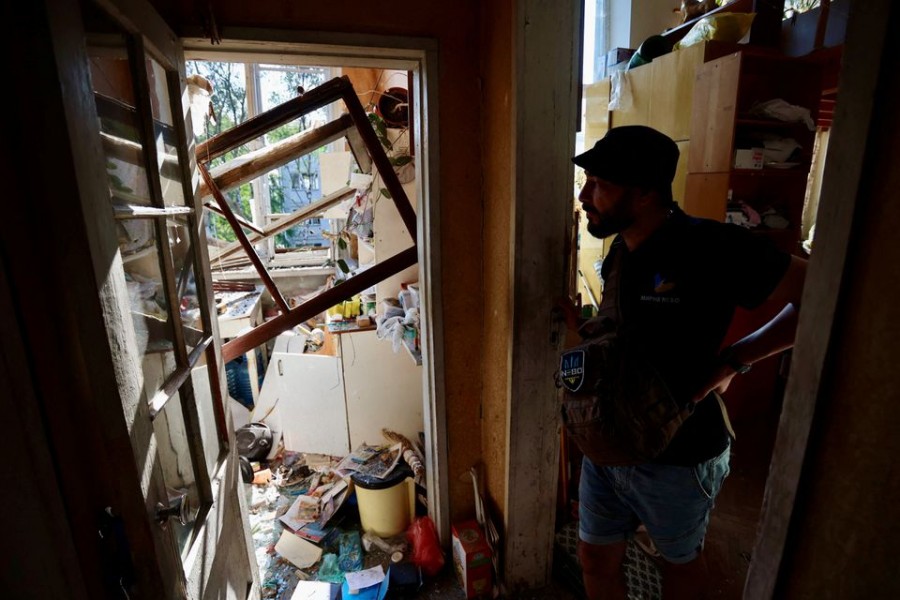 Three people died as a result of rocket fire in the Kharkiv region during the past day, including an elderly woman who died this night in Kharkiv city, the region's governor said on Tuesday.

Kharkiv, Ukraine's second-largest city, is close to the Russian border and has been under constant shelling throughout the Russian invasion, which Moscow calls a "special military operation".

"That night, the enemy once again launched a rocket attack on Kharkiv," governor Oleh Synehubov wrote on the Telegram messaging app.

"In the Industrial district, a two-story building was damaged and a private residential building, in which a 73-year-old woman was staying, was destroyed. Unfortunately, she died," he said.

Two men died amid shelling in the village of Zolochiv, north of Kharkiv.

In a separate message, the governor reported a new rocket attack, but gave no details.

Tuesday morning, an air raid alert was issued throughout Ukraine and the authorities reported explosions in the Dnipropetrovsk region.