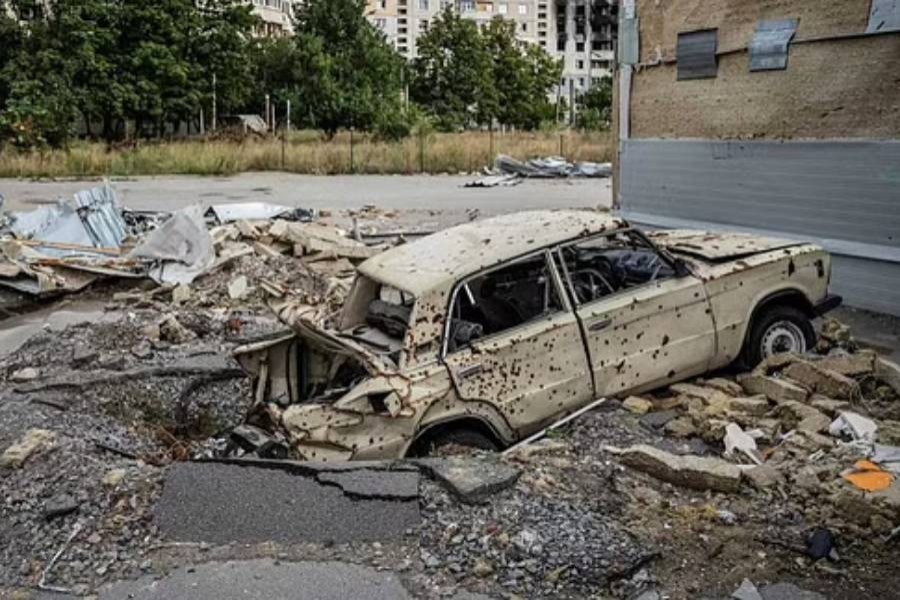 Russia's invasion caused over $97 billion in direct damages to Ukraine through June 1, but it could cost nearly $350 billion to rebuild the country, a report released Friday by the World Bank, Ukrainian government, and European Commission shows.

It said Ukraine had suffered $252 billion in losses through disruptions to its economic flows and production, as well as extra expenses linked to the war, while the displacement of one-third of all Ukrainians was expected to jack up its poverty rate to 21 per cent from just 2.0 per cent before the war, reports Reuters.

Overall, the report estimated Ukraine's reconstruction needs would reach $349 billion, as of June 1, or about 1.6 times the country's $200 billion gross domestic product in 2021.

Of that amount, $105 billion was needed in the short term to address urgent priorities, such as rebuilding thousands of damaged or destroyed schools and over 500 hospitals. It was also imperative to prepare for the upcoming, likely brutal winter by repairing homes and restoring heating, and purchasing gas.

All the numbers were preliminary and would likely rise as the war continued, the report noted.

"The impact of the invasion will be felt for generations, with families displaced and separated, disruptions to human development, destruction of intrinsic cultural heritage and reverse of a positive economic and poverty trajectory," it said.

Arup Banerji, World Bank regional country director for Eastern Europe, said the findings were based on a "very strong" internationally accepted methodology, and should underpin a Group of Seven recovery conference planned in Berlin on Oct 25.

He said Ukraine's initial estimates that it would cost $750 billion to rebuild its economy were likely extrapolations from the damage and economic losses, but it was unclear what exact methodology had been used to arrive at that estimate, he said.

Oleg Ustenko, a senior economic adviser to Ukrainian President Volodymyr Zelenskiy, said Ukraine needed commitments from donor countries that they would continue to provide $5 billion in funding each month throughout next year.

Banerji agreed that Ukraine would need external support through 2023, unless there was a "really drastic change in the course of the war."

He said the economy was doing "slightly better" than feared, and its gross domestic product was now seen shrinking by 30-35 per cent in 2022 instead of the 45% contraction forecast initially.

Banerji said the report had factored in the investments needed to "build back better" and help Ukraine modernise its Soviet-era infrastructure.

He cautioned that the pace of reconstruction would depend to a large extent on the course of the war, and the ability of the Ukrainian public and private sector to absorb the funding.

"If you think of the enormous cost of housing, this will actually take many years, realistically, to be rebuilt and repaired," he said.