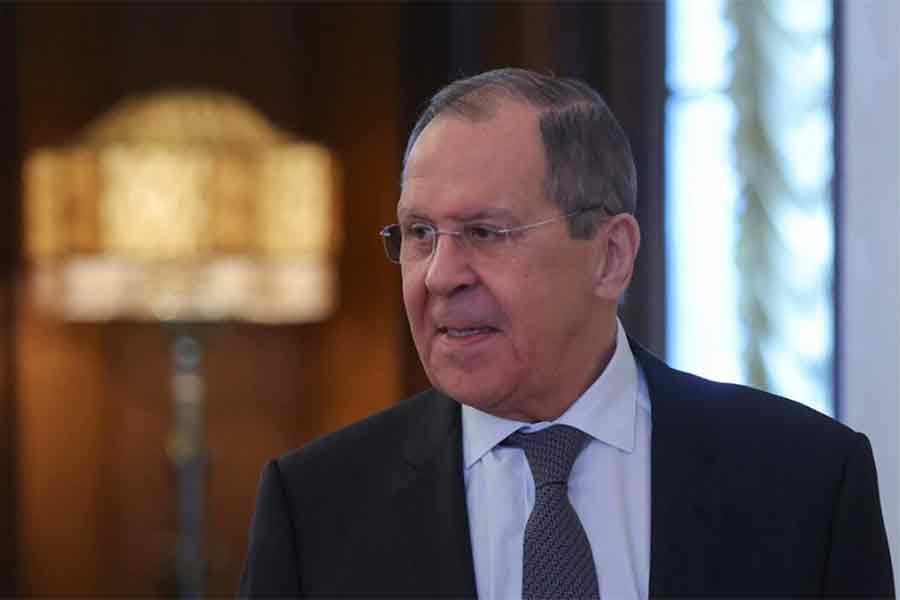 Russian Foreign Minister Sergei Lavrov on Wednesday the onus was on Ukraine to solve the problem of resuming grain shipments by de-mining its ports.

Lavrov said no action was required on the Russian side because it had already made the necessary commitments.

"We state daily that we're ready to guarantee the safety of vessels leaving Ukrainian ports and heading for the (Bosphorus) gulf, we're ready to do that in cooperation with our Turkish colleagues," he said after talks with his Turkish counterpart, reports Reuters.

"To solve the problem, the only thing needed is for the Ukrainians to let vessels out of their ports, either by demining them or by marking out safe corridors, nothing more is required."

Ukraine is one of the world's biggest exporters of grain, and Western countries have accused Russia of creating the risk of global famine by shutting Ukraine's Black Sea ports.

Lavrov said the main problem was that Ukrainian President Volodymyr Zelensky had "categorically refused" to resolve the problem of the mined ports.

"If they've now changed their position, then on our side there are no complications, let's see how the preliminary agreements we discussed yesterday and today can be put into practice."

Speaking alongside his Turkish counterpart Mevlut Cavusoglu in Ankara, Lavrov said he appreciated Turkey's efforts in looking for ways to resolve the situation.

Lavrov said Russia's "special military operation" in Ukraine was going according to plan and that peace talks would need to resume before there was any chance of talks between President Vladimir Putin and Zelensky.