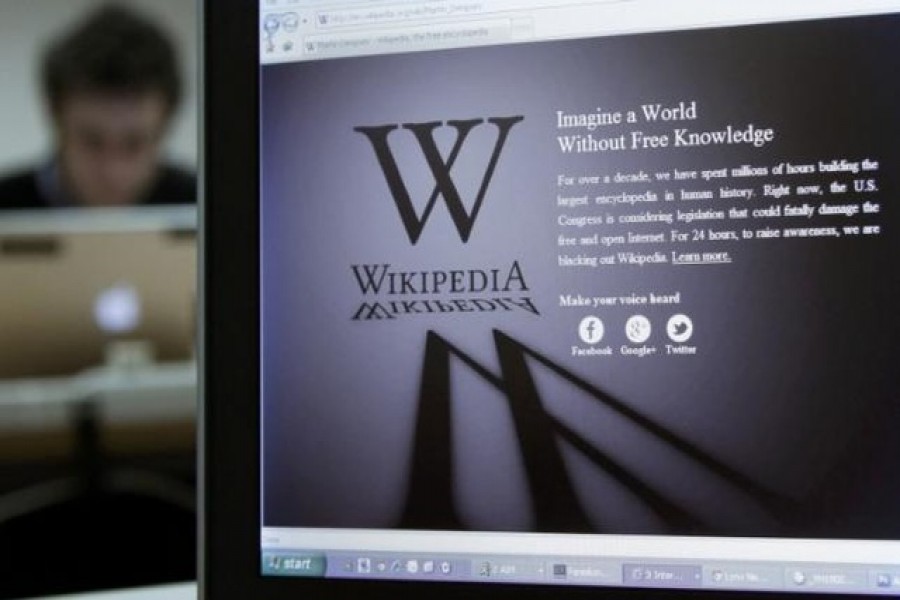 Russia's communications watchdog said on Wednesday it was taking steps to punish the Wikimedia Foundation, which hosts online encyclopaedia Wikipedia, for violating Russian law around the conflict in Ukraine, reports Reuters.

In a statement, Roskomnadzor said that Wikipedia still hosted "prohibited materials, including fakes about the course of the special military operation on the territory of Ukraine", and that search engines would be used to inform users that Wikimedia violated Russian law.

Russia introduced sweeping new laws on sharing information about the conflict in Ukraine shortly after the Kremlin ordered tens of thousands of troops to deploy to the country on Feb 24.