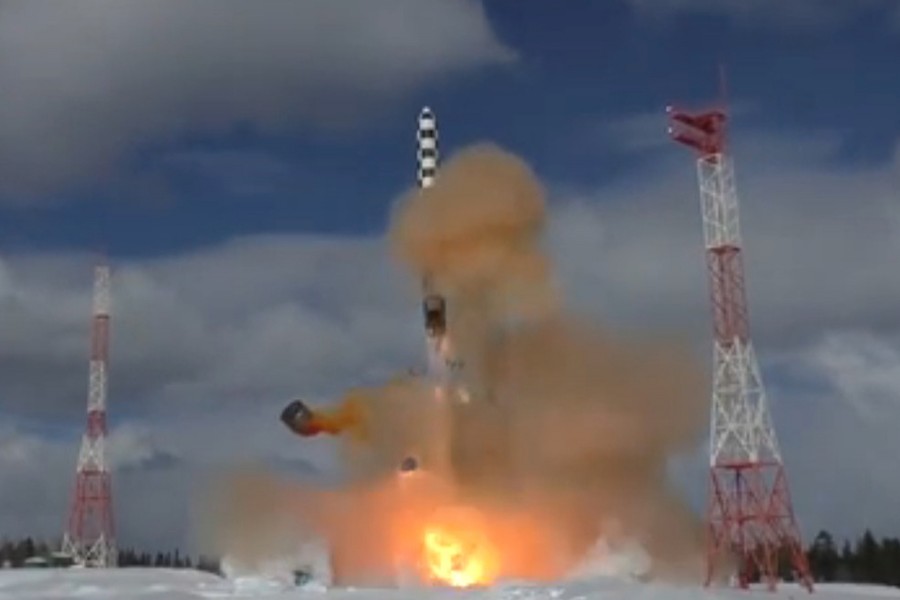 The Russian military has tested its latest intercontinental ballistic missile (ICBM) ‘Sarmat’ which is intended to replace the Soviet-designed Voyevoda from Plesetsk in northwestern Russia.

The Defence Ministry said Friday's launch tested the Sarmat missile's performance in the early stage of its flight. The Voyevoda is the world's heaviest ICBM known as "Satan" in the West.

Putin said he is allowing the ICBM to fly over the North or the South Poles and strike targets anywhere in the world.

Sarmat also carries a bigger number of nuclear warheads, which are more powerful than the ones on Satan, he added.