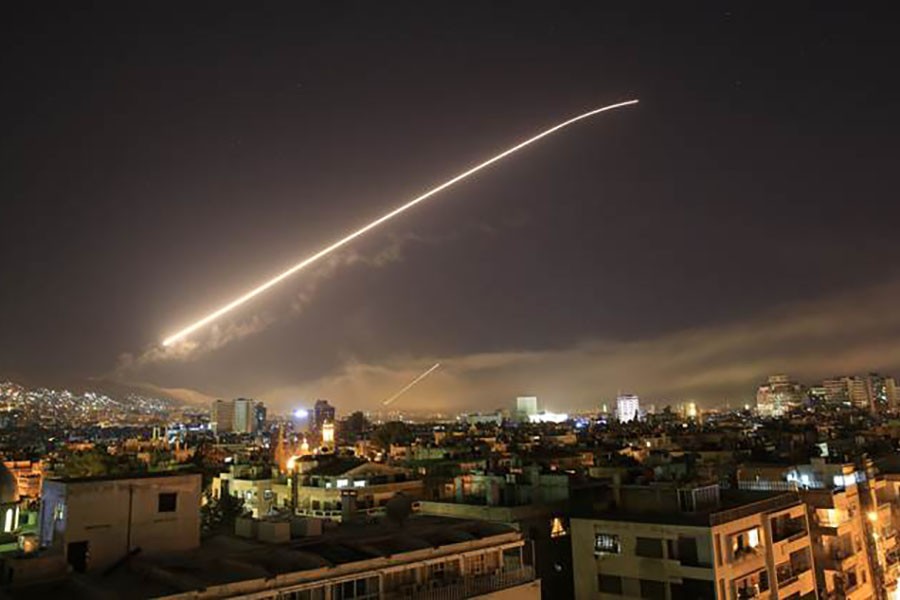 Moscow has described the overnight coalition operation in Syria as “a flagrant violation of international law” and has promised “consequences.”

But while the official reaction was loud, it was also markedly measured.

Konstantin Kosachyov, the influential head of the Federation Council’s Council on International relations said that the attack was “an unjustified attack on a sovereign state.”

Its aim was to complicate the mission of international inspectors, he said, due to begin their work investigating the site of an alleged chemical weapons attack in Douma, near Damascus.

But, Mr Kosachyov added, now was “not a time for emotions.” Russia’s reaction should instead be guided “by professional evaluation of military specialists”.

Those military specialists seemed to put clear blue water between Russia and the coalition operation. In statements that will reassure Washington — which emphasised targets had been chosen away from Russian infrastructure — the Russian Ministry of Defence said it had consciously not engaged its own defence systems.

“None of the missiles landed in any of the areas under the responsibility of Russian air defence systems in Tartus and Khmeimime," it said in a statement.

Syrian sources also emphasised that Russia had warned them in advance of the likelihood of air attacks, and had evacuated all military installations.

According to Reuters, their air defences managed to shoot down a third of the coalition missiles — a much better success rate than 2017 Shayrat missile strike, when almost all of 59 US Tomahawk missiles landed.

Maria Zakharova, the excitable spokesperson of Russia’s Foreign Ministry said that the West “claimed “moral leadership” but “had struck a blow to the capital of a sovereign state.”

The coalition had, she said, had attacked “just at a time when Syria held the chance of a peaceful future.”

Russia’s ambassador to the United States Anatoly Antonov also said that “actions would not be without consequences.”