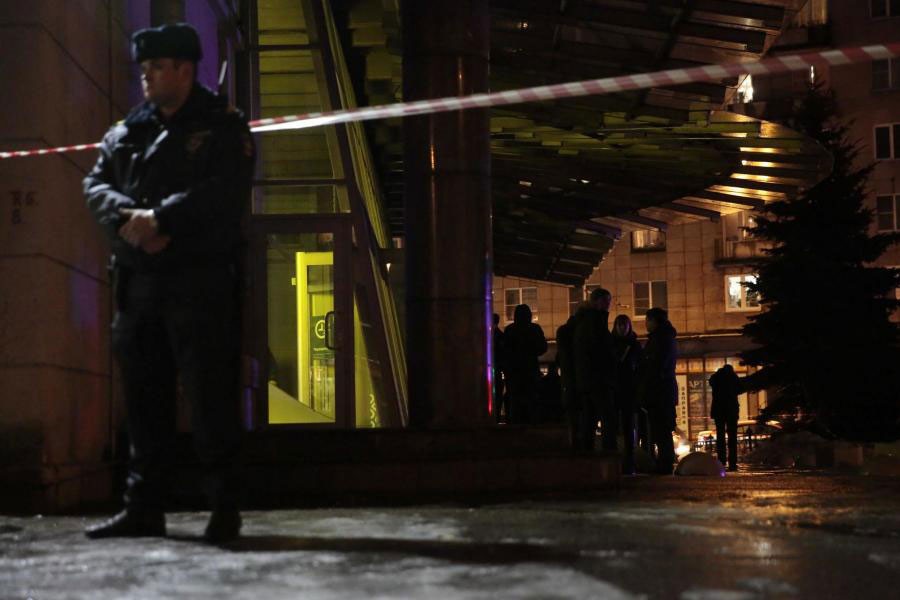 A policeman stands guard after the explosion in St Petersburg (REUTERS)

At least 10 people have been injured after an explosion at a supermarket in the Russian city of St Petersburg.

One person is said to be in serious condition following the detonation of an improvised explosive device (IED), the city governor's office said.

The incident, which occurred at the supermarket chain Perekrestok late on Wednesday, is being investigated as an attempted murder, reports BBC citing officials.

However they added that nothing had been ruled out following the incident.

Russia's investigative committee said that the blast was caused by a device containing "striking" elements with a force similar to that created by the detonation of about 200g (7oz) of TNT explosive.

It took place in an area of the shop that housed lockers for storing bags.

The property was quickly evacuated and there were no reports of a fire, but images circulating on social media in Russia showed extensive damage in an area of the store close to the tills.

At the time, Russia's Interfax news agency reported that a group had been planning attacks at a number of sites. Several people were reportedly detained.

In April, an explosion on the St Petersburg metro system killed at least 13 people and injured more than 50 others.