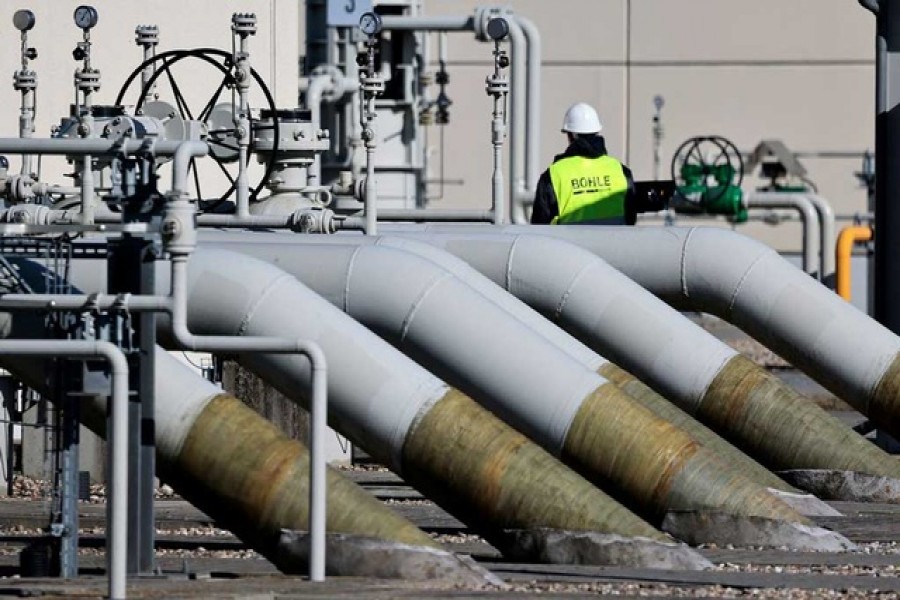 Pipes at the landfall facilities of the 'Nord Stream 1' gas pipeline are pictured in Lubmin, Germany, March 8, 2022. REUTERS/Hannibal Hanschke

Russian gas flows via the Nord Stream 1 pipeline are seen restarting on time on Thursday after the completion of scheduled maintenance, two sources familiar with the export plans told Reuters.

The pipeline, which accounts for more than a third of Russian natural gas exports to the European Union, was halted for ten days of annual maintenance on Jul 11.

Earlier on Tuesday, the Wall Street Journal reported, citing European Budget Commissioner Johannes Hahn, that the European Commision did not expect the pipeline to restart after the maintenance.

The sources, speaking on condition of anonymity because of the sensitivity of the issue, told Reuters the pipeline was expected to resume operation on time, but at less than its capacity of some 160 million cubic metres (mcm) per day.

Kremlin-controlled energy giant Gazprom, cut gas exports through the route to 40% capacity last month, citing delays in the return of a turbine Siemens Energy was servicing in Canada.

"They (Gazprom) will return to the levels seen before Jul 11," one of the sources said of the gas volumes expected via Nord Stream 1 from Thursday.

The Kommersant newspaper reported on Monday, citing people familiar with the situation, that Canada had sent the turbine to Germany by plane on Jul 17 after repair work had been completed.

One of the sources said the turbine was unlikely to be re-installed by Jul 21. Gazprom and Nord Stream 1 had not replied to requests for comments on Tuesday.