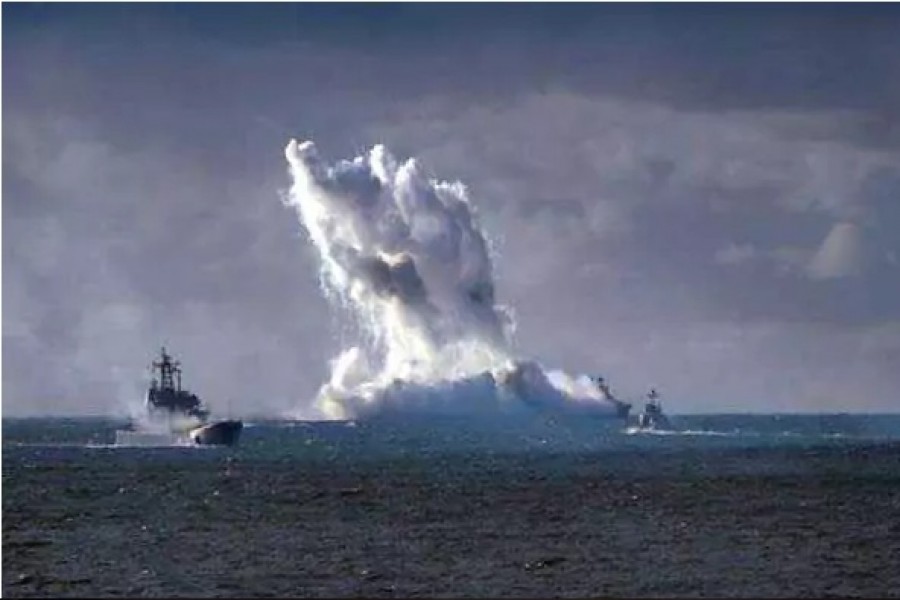 Russia began testing missiles with live munitions in the Baltic Sea on Wednesday, alarming Latvia, a member of NATO, which says the drills have forced it partly to shut down Baltic commercial airspace.

The Russian defence ministry said on Monday that its Baltic Fleet, based in its European exclave of Kaliningrad, was preparing for routine training in the Baltic Sea, including live fire drills to practice hitting air and sea targets.

"It is a demonstration of force," Latvia's Prime Minister Maris Kucinskis told Reuters. "It is hard to comprehend that it can happen so close to (our) country," he said.

The tests are being carried out in Latvia's exclusive economic zone, officials said, an area of the sea just beyond Latvia's territorial waters where Latvia has special economic rights, as well as further west in the Baltic Sea, reports Reuters.

Riga has closed some of its airspace for the three days of tests, and Sweden also issued a warning to civilian sea traffic and said there could be delays and disruption to civilian air traffic.

The missile tests and military drills follow Russia's massive war games last September, which stretched from the Baltics to the Black Sea. The exercises unnerved the West because of their scale, scope and what NATO said was a lack of transparency.

At a time of high East-West tensions, NATO officials worry that any accident involving military weapons and a civilian ship or plane could spark a wider conflict.

In Ottawa, NATO Secretary-General Jens Stoltenberg said the alliance would follow the tests closely, while noting that every nation had the right to carry out military exercises.

"We are staying vigilant and we are also increasing the readiness of our forces, especially in the Baltic region," he told reporters after meeting Prime Minister Justin Trudeau.

Latvia said Russian drills have never taken place so near its territory. Kucinskis noted that the decision to test so close to Latvian waters came after the West's expulsion of Russian diplomats last month, the largest since the Cold War.

The diplomats were expelled after a nerve agent attack on March 4 against a former Russian double agent and his daughter in Salisbury, England.

Latvian officials said Russia is not breaking any international rules and has the right to exercise. But the Latvian defence ministry summoned Russia's military attache to express its concern.

Russia says it is testing its forces after the winter.

"Drills lasting for three days in the region where there is very intensive aviation traffic, and given everything else that is happening in relations between the West and Russia, I think that it is a rather provocative action," Latvia's ambassador to Russia, Maris Riekstins, told Latvian Television.