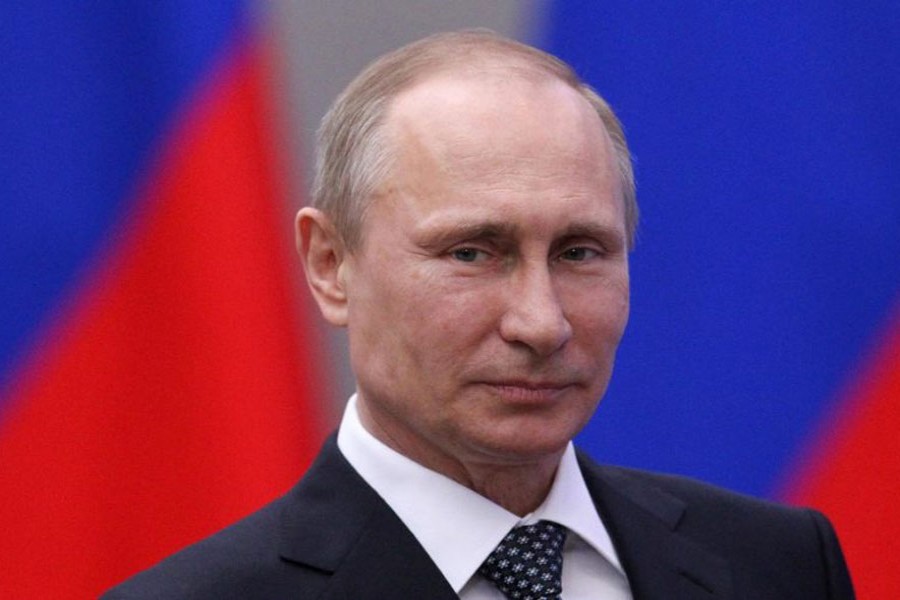 Russia has developed a new cruise missile that is invincible, according to President Vladimir Putin.

Mr Putin made the revelation as he laid out his key policies for a fourth presidential term, ahead of an election he is expected to win in 17 days' time.

He showcased a range of new weapons, including a missile that could "reach anywhere in the world".

Using video presentations, he said the missile could not be stopped by the US shield in Europe and Asia, reports BBC.

The warhead, he said, was "a low-flying, difficult-to-spot cruise missile with a nuclear payload with a practically unlimited range and an unpredictable flight path, which can bypass lines of interception and is invincible in the face of all existing and future systems of both missile defence and air defence."

During the two-hour televised speech to a joint sitting of both houses of parliament, he encouraged Russians to suggest names for the two systems. He argued that Russia had reacted after years of pleading with the US not to break away from anti-missile treaties.

Mr Putin faces seven challengers on 18 March, although none is expected to attract widespread support. The president played no part in a raucous televised debate broadcast on Wednesday that featured the other candidates.

Absent from the campaign is prominent opposition leader Alexei Navalny, who has been barred from running and has called on voters to boycott the poll.

President Putin has so far done little campaigning and until now said little about his plans for the next six years.